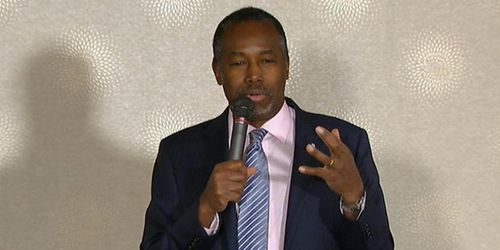 While many are urging GOP candidates to drop their names from the ballot in order to challenge Donald Trump's vote train barreling through the states, Carson told supporters that his campaign remained "undaunted," and that he plans to stay in the race.

“I want to thank my many supporters and volunteers in Nevada and across the country,” Dr. Carson added. “While professional politicians have long written off our efforts to return the government to the people, we remain undaunted. We’ve barely finished the first inning, and there’s a lot of game left. I look forward to the debate in Houston this Thursday and then on to Super Tuesday, sharing my message to 'Heal, Inspire, and Revive' this great nation. As more Americans have their say, they will see the true strength of our movement.”

Carson has a full slate of delegates on Illinois GOP Primary ballot – what pundits are now calling "Super-Duper" Tuesday. All primaries held on March 15th and after will be winner-takes-all delegate races.