Indiana to lose at least 1400 Carrier jobs to Monterrey Mexico 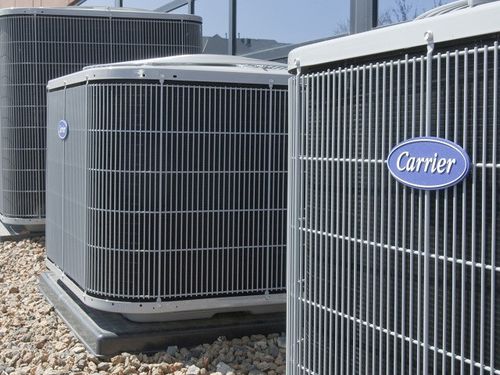 INDIANAPOLIS – The president of Carrier HVAC systems announced to Indianapolis employees Wednesday that at least 1400 jobs are moving to Monterrey Mexico beginning in 2017.

Apparently, Carrier is looking for concession offers from the United Steelworkers.

"This was not expected at all," Chris Jones, president of United Steelworkers Local 1999 told the Indianapolis Business Journal. The local represents 1,300 workers at the Indianapolis plant.

"At no time did we think this was a possibility. The plant had  been there a long time. It was very profitable, and we had not had a lot of issues."

An employee caught the announcement and the employees' reaction on cell phone, and posted it to Facebook.

"This move is intended to address the challenges we continue to face in a rapidly changing HVAC industry, with the continued migration of the HVAC industry to Mexico, including our suppliers and competitors, and ongoing cost and pricing pressures driven, in part, by new regulatory requirements. Relocating our operations to a region where we have existing infrastructure and a strong supplier base will allow us to operate more cost effectively so that we can continue to produce high-quality HVAC products that are competitively positioned while continuing to meet customer needs."

"This decision is difficult and we recognize the impact on employees, their families and the community," Nelson said regarding the status of the employees. "We are committed to ensuring that our employees are treated respectfully and to working closely with their representatives throughout this transition."

Carrier and its associated companies have a reported annual revenue of $65 billion.

By Illinois ReviewIn another blow to Illinois Gov. JB...
Previous article
DOJ’s demands on Ferguson would bankrupt them, mayor says
Next article
Is Ted Cruz really for federal takeover of homeschooling families?