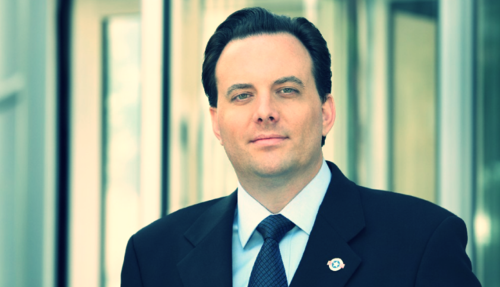 CHICAGO – Spending in the 2016 Illinois Primary Election may end up a record-breaker as Super PACs take aim at incumbents and challengers who have either opposed or supported Governor Rauner's Turnaround Agenda.

One of those PACs – Liberty Principles PAC – has spent massive amounts of cash this year. As of Friday, the PAC, which is chaired and directed by radio talk show host Dan Proft, has spent over $4,835,000 on nine races throughout the state.

In the Republican-leaning 26th Senate district, the PAC has also spent a significant amount of money in a GOP Primary to fill retiring state Senator Dan Duffy's (R-Barrington) seat. In the race between attorney Dan McConchie and Barrington Hills Village President Martin McLaughlin, Proft has supported McConchie with over $493,567 in mailings and TV ads. A third candidate, Brian Urlacher is also running for the spot.

A complaint against Liberty Principles PAC has been filed in the 26th Senate District race, saying that the Super PAC may have illegally collaborated with the candidate's campaign. The evidence, a Barrington resident says, is based on a political mailer that was made to look like a local newspaper in which McConchie is quoted as speaking with the Liberty Principles PAC-funded news reporter.

A third race targeted by the PAC is the 66th House District where State Rep. Mike Tryon's retirement has resulted in an open seat. To-date, Liberty Principles PAC has spent $456,962 on behalf of Allen Skillicorn who is running against fellow Republicans Dan Wilbrandt and Carolyn Schofield.

In the 102nd House District race, Liberty Principles PAC has spent over $300,000 in another Republican-leaning district where State Rep. Adam Brown (R-Champaign) has decided to retire from politics and return to family farming. Proft is backing former State Rep. Brad Halbrook (R-Shelbyville) in the GOP primary over two opponents – Randy Peterson of Paris and James Acklin of Ogden.

First time 72nd House District candidate Brandi McGuire of Milan is also being backed by PAC with nearly $239,000 in mailings, calls and television ads. Whoever wins the primary between her and Jordan Thoms of Rock Island will have the opportunity to face the Democrat primary winner to replace the retiring Democrat State Rep. Patrick Verschoore of Milan.

A Republican win in November would take one seat away from Speaker Madigan's Democrat super majority.

Nearly $109,000 has been spent by Liberty Principles PAC in the 110th House District race as of March 11th. In that Republican leaning district, Proft is protecting a challenged freshman state Rep. Reggie Phillips against political newcomer Jonathan Kaye.

“There are many reasons PAC’s get involved in races: they want to advance a candidate; they don’t like a particular candidate; or they want a group to have to spend money they may not have planned to," Chris Harris explained about the money from Liberty Principles PAC. "We have yet to see what their plans are for this race, but I am certain that it is not to echo any backing of myself for Governor Rauner. The devastation caused by the budget stalemate should horrify everyone, and I reject Governor Rauner’s strategy of holding Illinois’ most vulnerable people hostage."

In fact, Harris told CapitolFax that he thought it was "wrong-headed for Governor Rauner’s people to insert themselves into a Democratic primary election. The people of the 7th District are well aware of Rep. Welch’s poor record, and it is their voices that should decide this election."

And finally, over $50,000 has been given to Republican Michael DeSutter in the 74th House District race to fill retiring Republican State Rep. Donald Moffitt's seat. One of three candidates vying for the spot, DeSutter agrees with the Rauner Turnaround Agenda items, telling the local press: “I agree with a lot of them, that we need to be a lot more business friendly in this state and us counties that are are close to bordering states, we see a lot more of the influence than the center part of the state does,” he said.

With a few more days left before the March 15th primary, Liberty Principles PAC is likely to set new records for legislative races.

All of the above spending doesn't take into account the $500,000 the Illinois Opportunity Project directed towards Democrat incumbent State Rep. Ken Dunkin. Mr. Proft is also a key part of the Project's decision makers.

File of spending through March 11th below: