Whitehead: Shame on SCOTUS for Making a Mockery of the First Amendment 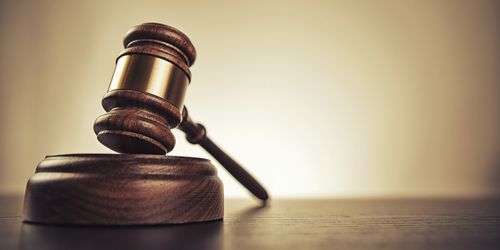 “The vitality of civil and political institutions in our society depends on free discussion… It is only through free debate and free exchange of ideas that government remains responsive to the will of the people and peaceful change is effected. The right to speak freely and to promote diversity of ideas and programs is therefore one of the chief distinctions that sets us apart from totalitarian regimes.”—Justice William O. Douglas, Terminiello v. City of Chicago (1949)

Shame on the U.S. Supreme Court for making a mockery of the First Amendment.

All the justices had to do was right a 60-year wrong that made it illegal to exercise one’s First Amendment rights on the Supreme Court plaza.

It shouldn’t have been a big deal.

After all, this is the Court that has historically championed a robust First Amendment, no matter how controversial or politically incorrect.

Over the course of its 227-year history, the Supreme Court has defended the free speech rights of Ku Klux Klan cross-burners, Communist Party organizers, military imposters, Westboro Baptist Church members shouting gay slurs at military funerals, a teenager who burned a cross on the lawn of an African-American family, swastika-wearing Nazismarching through the predominantly Jewish town of Skokie, abortion protesters and sidewalk counselors in front of abortion clinics, flag burners, an anti-war activist arrested for wearing a jacket bearing the words “F#@k the Draft,” high-school students wearing black armbands to school in protest of the Vietnam War, a film producer who created and sold videotapes of dogfights, a movie theater that showed a sexually explicit film, and the Boy Scouts of America to exclude gay members, among others.

Basically, the Supreme Court has historically had no problem with radical and reactionary speech, false speech, hateful speech, racist speech on front lawns, offensive speech at funerals, anti-Semitic speech in parades, anti-abortion/pro-life speech in front of abortion clinics, inflammatory speech in a Chicago auditorium, political speech in a private California shopping mall, or offensive speech in a state courthouse.

So when activist Harold Hodge appealed to the U.S. Supreme Court to defend his right to stand on their government plaza and silently protest the treatment of African-Americans and Hispanics by police, it should have been a no-brainer, unanimous ruling in favor of hearing his case.

Unfortunately, the Supreme Court is not quite as keen on the idea of a robust First Amendment as it used to be, especially when that right is being exercised on the Court’s own front porch.

Not only did the Court refuse to hear Hodge’s appeal, but in doing so, it also upheld the 60-year-old law banning expressive activity on the Supreme Court plaza. Mind you, this was the same ban that a federal district court judge described as “unreasonable, substantially overbroad…irreconcilable with the First Amendment,” “plainly unconstitutional on its face” and “repugnant” to the Constitution.

Incredibly, one day after District Court Judge Beryl L. Howell issued her strongly worded opinion striking down the federal statute, the marshal for the Supreme Court—with the approval of Chief Justice John Roberts—issued even more strident regulations outlawing expressive activity on the grounds of the high court, including the plaza.

And what was the appeals court’s rationale for enforcing this ban on expressive activity on the Supreme Court plaza? “Allowing demonstrations directed at the Court, on the Court’s own front terrace, would tend to yield the…impression…of a Court engaged with — and potentially vulnerable to — outside entreaties by the public.”

Translation: The appellate court that issued that particular ruling in Hodge v. Talkin actually wants us to believe that the Court is so impressionable that the justices could be swayed by the sight of a single man standing alone and silent in a 20,000 square-foot space wearing a small sign on a day when the court was not in session.

What a load of tripe.

Of course the Supreme Court is not going to be swayed by you or me or Harold Hodge.

This ban on free speech in the Supreme Court plaza, enacted by Congress in 1949, stems from a desire to insulate government officials from those exercising their First Amendment rights, an altogether elitist mindset that views the government “elite” as different, set apart somehow, from the people they have been appointed to serve and represent.

No wonder interactions with politicians have become increasingly manufactured and distant in recent decades. The powers-that-be want us kept at a distance. Press conferences and televised speeches now largely take the place of face-to-face interaction with constituents. Elected officials keep voters at arms-length through the use of electronic meetings and ticketed events. And there has been an increased use of so-called “free speech zones,” designated areas for expressive activity used to corral and block protestors at political events from interacting with public officials. Both the Democratic and Republican parties have used “free speech zones” at various conventions to mute any and all criticism of their policies and likely will do so again this year.

We’re nearing the end of the road for free speech and freedom in general, folks.

With every passing day, we’re being moved further down the road towards a totalitarian society characterized by government censorship, violence, corruption, hypocrisy and intolerance, all packaged for our supposed benefit in the Orwellian doublespeak of national security, tolerance and so-called “government speech.”

Long gone are the days when advocates of free speech could prevail in a case such as Tinker v. Des Moines. Indeed, it’s been more than 50 years since 13-year-old Mary Beth Tinker was suspended for wearing a black armband to school in protest of the Vietnam War. In taking up her case, the U.S. Supreme Court declared that students do not “shed their constitutional rights to freedom of speech or expression at the schoolhouse gate.”

Were Tinker to make its way through the courts today, it would have to overcome the many hurdles being placed in the path of those attempting to voice sentiments that may be construed as unpopular, offensive, conspiratorial, violent, threatening or anti-government.

Indeed, the Supreme Court now has the effrontery to suggest that the government can discriminate freely against First Amendment activity that takes place within a government forum, justifying such censorship as “government speech.”

If it were just the courts suppressing free speech, that would be one thing to worry about, but First Amendment activities are being pummeled, punched, kicked, choked, chained and generally gagged all across the country. The reasons for such censorship vary widely from political correctness, safety concerns and bullying to national security and hate crimes but the end result remains the same: the complete eradication of what Benjamin Franklin referred to as the “principal pillar of a free government.”

If Americans are not able to peacefully assemble outside of the halls of government for expressive activity, the First Amendment has lost all meaning.

If we cannot stand silently outside of the Supreme Court or the Capitol or the White House, our ability to hold the government accountable for its actions is threatened, and so are the rights and liberties which we cherish as Americans.

Living in a so-called representative republic means that each person has the right to stand outside the halls of government and express his or her opinion on matters of state without fear of arrest.

That’s what the First Amendment is all about.

It gives every American the right to “petition the government for a redress of grievances.” It ensures, as Adam Newton and Ronald K.L. Collins report for the Five Freedoms Project, “that our leaders hear, even if they don’t listen to, the electorate. Though public officials may be indifferent, contrary, or silent participants in democratic discourse, at least the First Amendment commands their audience.”

Unfortunately, through a series of carefully crafted legislative steps, government officials—both elected and appointed—have managed to disembowel this fundamental freedom, rendering it with little more meaning than the right to file a lawsuit against government officials.

In the process, government officials have succeeded in insulating themselves from their constituents, making it increasingly difficult for average Americans to make themselves seen or heard by those who most need to hear what “we the people” have to say.

Indeed, while lobbyists mill in and out of the homes and offices of Congressmen, the American people are kept at a distance through free speech zones, electronic town hall meetings, and security barriers. And those who dare to breach the gap—even through silent forms of protest—are arrested for making their voices heard.

Clearly, the government has no interest in hearing what “we the people” have to say.

We are now only as free to speak as a government official may allow.

As a result, we are no longer a nation of constitutional purists for whom the Bill of Rights serves as the ultimate authority. As I make clear in my book Battlefield America: The War on the American People, we have litigated and legislated our way into a new governmental framework where the dictates of petty bureaucrats carry greater weight than the inalienable rights of the citizenry.

Without the First Amendment, we are utterly helpless.

It’s not just about the right to speak freely, or pray freely, or assemble freely, or petition the government for a redress of grievances, or have a free press. The unspoken freedom enshrined in the First Amendment is the right to think freely and openly debate issues without being muzzled or treated like a criminal.

Just as surveillance has been shown to “stifle and smother dissent, keeping a populace cowed by fear,” government censorship gives rise to self-censorship, breeds compliance and makes independent thought all but impossible.

The architects, engineers and lever-pullers who run the American police state want us to remain deaf, dumb and silent. They want our children raised on a vapid diet of utter nonsense, where common sense is in short supply and the only viewpoint that matters is the government’s.

We are becoming a nation of idiots, encouraged to spout political drivel and little else.

If George Orwell envisioned the future as a boot stamping on a human face, a fair representation of our present day might well be a muzzle on that same human face.