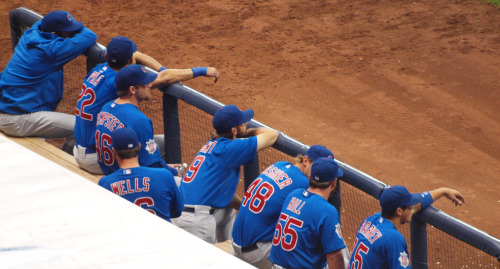 Thoughts on a divided convention

We learned a few interesting things in the weekend before the 2016 Republican National Convention… two particularly important things that had been suspected, but only now are proven.

1: In the Rules committee meetings, we learned that the Trump campaign and the Republican National Committee leadership – commonly known as “the GOP Establishment” – are now happy warriors together, working hand-in-glove to manage a rubber-stamp convention.

What does this mean to us, as we face the week in Cleveland?

The Republican Party has never been fully unanimous. It is a big tent party, not just by design, but by necessity.  As the Democrats have driven conservatives, moderates, and even mild liberals out of their party, the GOP was the only place for them to go.  The Democratic Party is now, therefore, a fully socialist party, so if you’re not socialist, you’re a Republican by default.

Two key reasons are the massive welfare state and the immigration balloon… The nation – especially the electorate – has essentially been invaded; we have tens of millions of people now participating in the electoral process who have no tie with, possibly even no consciousness of, the Founding Fathers and their philosophy of natural rights, Western civilization, market economics, and the rule of law.  Is it any wonder the Democrats win and the Republicans lose?

The Republican electorate has been looking forward to 2016 for years; this was to be the year when our deep bench of wonderful candidates was guaranteed to produce a good one.  With proven governors and proven senators, the GOP was certain to nominate a pro… until Donald Trump invaded the process and declared a populist moment.  All you need in a field of 17 is to have the largest 17th, and sure enough, Donald Trump’s primary votes won him the largest share in the convoluted six-month Trial by Ordeal that we call the primary season.

The convention now begins with a division it has never had before.  Past nominees have always been from among the legitimate groups within the GOP. We have had conservatives (Harding, Coolidge, Goldwater, Reagan), moderates (Eisenhower, Ford, the Bushes), even liberals (Nixon, Dole, McCain)… but as they were always experienced people “of the party” – people who had held office as senator or governor or vice president, or even commanding general – the party could always unify, if a bit grudgingly, before.

In 2016, Donald Trump enters the convention without any grounds for demanding such unity.  Never an officeholder before, never a candidate before, never even a precinct captain before.  And yet he and his supporters demand the same kind of partisan loyalty that his predecessors had actually earned.

They wonder why the non-Trump supporters are offended, even repelled, by such an approach.

The divisions that were always there, remain present today.  But Donald Trump has added a whole new layer of division – the entitlement of “the outsider who won the primaries” vs. the disgust of the majority who rightly feel invaded, cheated and robbed by an interloper who has staged a hostile takeover of the Grand Old Party.

What does America need today?  The daily headlines leave it without question: we need a man or woman at the help who has real-life experience solving our nation’s problems.

We have a military that is stretched ever further, with ever fewer resources, ever more limited by outrageous Rules of Engagement, and wasted by disjointed and fatalistic foreign policy.

We have ongoing unemployment, spiraling downward for a decade, kept hidden only by growing entitlement programs and new ways of counting, to hide the fact that 95 million people of working age are now outside the workforce.

We suffer an ongoing loss of manufacturing, as plant after plant, industry after industry, have fled to foreign shores… not been stolen, as some would have it, but driven off by a tax structure, litigious legal climate, and regulatory leviathan that have made life unbearable for the manufacturing sector.

Our culture suffers daily from attacks on traditional morality, attacks on church and synagogue, attacks on police and schools, attacks on charities and civic groups.  Obamacare was created to wreck the healthcare sector, from your neighborhood doctor, nurse, and insurance salesman to the wonderful hospital down the street.   The very foundation of American society is attacked daily by the press and the activist Left.  They file class action lawsuits demanding that we throw out physical standards for men at the fire house, that we stop having men’s and women’s bathrooms and locker rooms in the schools…  everything American is under assault, from the local level to the national.

Our nation doesn’t need a Hillary Clinton, who comes to the race with all the negative experience in the world.  Her resume is impressive, from Watergate investigation clerk to corporate lawyer to first lady, from the U.S. Senate to the State Department.  But all her experience, at every level and in virtually every job, proves her to have identified with the problems rather than with the solutions.

Hillary Clinton is in every way identified with the breaking of our criminal justice situation, not its correction. She is identified with the weakening of our military and destruction  of our foreign policy, not their improvement.  Her economics would continue to worsen our job crisis and our shrinking economy. And she has fought against the wonderful  culture of the American Way her entire life; if elected, she would only work to intentionally worsen everything from which we already suffer.

As an alternative, who does the GOP have to offer?  Through a clever and incredibly lucky combination of marketing talent and an open primary system, Donald Trump won enough delegates to arrive at Cleveland as the frontrunner.  But he has no proven ability to correct any of these problems – he may have undemonstrated ability, of course, but no proven ability – he is a hotel-builder and television star, which certainly takes talent, but hardly talent that translates to the job at hand.

And Donald Trump arrives in Cleveland with forty years of baggage that would sink even the most talented candidate.

By contrast, the Republican Party has a deep bench of wonderful talent – the very talent that we saw in the 2016 primaries, but which was too often obscured by the sparkle and flash of the Trump campaign.

We have Scott Walker, who managed a metro area as Milwaukee County Executive, then managed an amazing turnaround that not only saved the State of Wisconsin on a statewide level, but even saved the institutionally bankrupt school districts of his state by retooling their economics to be sustainable at last.

We have Tom Coburn, a six year Congressman and ten year senator, a medical doctor and budget whiz who participated in the great mid 1990s leadership that reined in the Clinton administration and brought the federal budget into balance.

We have Ted Cruz, who as solicitor-general of Texas united dozens of state governments in organized opposition to federal encroachments, successfully arguing case after case before the Supreme Court, becoming the defender of the Constitution in the United States Senate.

And we have so many more… the Republican Party of 2016 has so many talented and experienced potential presidents-to-be… Jindal and Perry, Abbott and Martinez, Rubio and Haley, Sessions and Pence… that many in the Republican base didn’t even participate in the 2016 primaries.  They thought that from such a bench, we couldn’t go wrong, so they sat it out.

Sadly, while an overly confident Republican base sat out the primaries, independents and Democrats, disgusted by the choices in the Democrat primaries, came over and took Republican ballots.  Some for good reasons, some for bad.  Some because they truly liked the 140-character soundbites that Donald Trump issued hourly, some because they wanted to vote for the man they knew would be the weakest candidate in November.

Some of these will vote for Donald Trump if he’s the nominee; some would never dream of it.   Some will never vote again; they were attracted while he was hot, and they’ll be back to the fall TV lineup again, their interest drawn elsewhere, as it always is.  Many already regret their vote for Trump, as they’ve seen him retreat from what had seemed to be such firm positions in the spring, which he now calls “just suggestions” as he pivots for the fall.

The Republican Convention Delegates face a quandary: what to do, when fewer than half of us can stand him, when most of us sincerely doubt he can win, when most of us know that the only thing he has going for him is that Hillary Clinton’s negatives are as high as his?

The Delegates look back on this spring, and look ahead to the fall, and dream of what might have been…

It’s Not Too Late

Everyone on that beautiful bench  is still there, ready and willing, but with another year of experience!

If just half of the “Trump Delegates” who really can’t stand him just sit on their hands and abstain on the first ballot, we’ll have him under the necessary threshold.  With every successive ballot, more delegates are free to vote their conscience.

As of this writing, the Republican Party can still have the exciting, thrilling convention that Americans dream of, possibly even the kind of excitement that we haven’t been able to truly enjoy since the television age began.

Just imagine the speeches as delegates place into nomination the knowns – like Coburn and Cruz and Walker – and the dark horses – perhaps senators, governors, past cabinet officials we haven’t thought of yet as well?

The convention will be watched… and Americans will see the Republican party in action, a party that the press has hidden from them for year.  A party of successes at the state level.  A party of principle, a party of proud Americans who love their Constitution and the heritage of our Founding Fathers.

If we leave Cleveland with someone else atop our ticket, we will create levels of genuine interest, and even true excitement, that we haven’t seen since 1980.

Republican Delegates, it’s in your hands.  Be brave, be principled, be Americans.