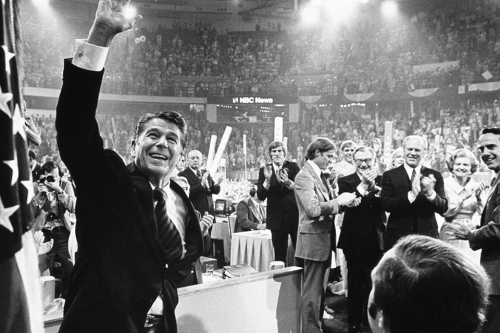 KANSAS CITY – Despite a narrow, crushing defeat losing to Gerald Ford at the 1976 GOP brokered convention, the crowd demanded they hear from second place winner Ronald Reagan. He gave an impromptu speech that will long be remembered.

"Sure, there's a disappointment in what happened, but the cause goes on. Don't get cynical," he told his staff the next day.

Then he wrote on a GOP Convention ticket for one of his inner circle, "We fought, we dreamed and the dream is still with us …"