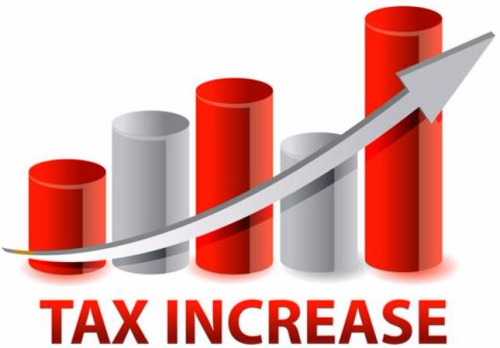 LA GRANGE – Illinois has some of the nation's highest property taxes that is causing a growing number of homeowners to consider abandoning the debt-ridden state. However, Chicago voters think even higher taxes is okay, a poll released by the Illinois Economic Policy Institute says.

"Two out of three voters support additional taxes to pay for more police officers and a majority are willing to pay more to maintain roads, expand educational programs, build schools, and provide other neighborhood services," a press release from IEPI said Wednesday morning.

“Voters are willing to pay more in taxes and fees to honor their promises to workers as well as to improve education, public safety, and neighborhood services like road paving,” said Brian Stryker, partner at ALG research, which conducted the poll.

Previous research performed by ILEPI found that Illinois is not overtaxed in comparison to other Midwest states when differing tax structures are examined.

“Illinois’ average household income is between $11,000 and $17,000 higher than neighboring states, which is a big part of the reason that Illinoisans’ tax bill is larger,” said Frank Manzo IV, ILEPI Policy Director. “But when you look at taxes paid compared with income, Illinois is in the middle of the pack in the Midwest. The notion that Illinoisans face a significantly higher tax burden than other states is largely unfounded.”

Here's the questions posed and and the group's reported responses: