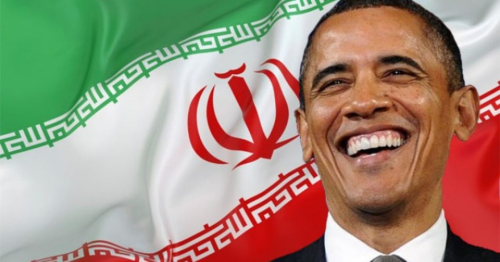 The U.S. paid Iran $400 million in cash last January when Iran released four Americans held in prison in the Islamic Republic. The payment was separate from lifting of international sanctions against Iran, which amounted to $50-100 billion frozen in accounts around the world.

As reported in the Wall Street Journal, the payment was revealed by U.S. and European officials and congressional staff who were later briefed on the operation.

Illinois Republican Congressman Peter Roskam stated: "I'm outraged to hear that our tax dollars are literally being shipped on cargo planes to a terrorist regime. President Obama is so desperate to defend his disastrous Iran policy that he has resorted to ransom payments, effectively putting a price on every American citizen who travels abroad."

Illinois U.S. Senator Mark Kirk issued a statement saying: “We were right in January 2016 to describe the Administration’s $1.7 billion transfer to Iran as a ransom payment. Paying ransom to kidnappers puts Americans even more at risk. While Americans were relieved by Iran’s overdue release of illegally imprisoned American hostages, the White House’s policy of appeasement has led Iran to illegally seize more American hostages, including Siamak Namazi, his father Baquer Namazi, and Reza Shahini.”

The Obama administration denied that the money was a payoff for the release of the Americans  but said rather that it was the first installment of a $1.7 billion settlement of an existing claim Iran had against the U.S.

The claim dated back to an arms deal conducted right before the Iranian revolution, which saw the ouster of then ruler of Iran Mohammed Reza Shah Pahlavi and the installation of the Ayatollah Ruhollah Khomeini. The claim was negotiated in the international court in The Hague.

“As we’ve made clear, the negotiations over the settlement of an outstanding claim…were completely separate from the discussions about returning our American citizens home,” said John Kirby, spokesman for the U.S. State Department.

At the time of the prisoner release, U.S. President Barack Obama did not mention the cash payment, but said only, “With the nuclear deal done, prisoners released, the time was right to resolve this dispute as well.”

U.S. officials have admitted, however, that Iranians demanded the payment so they could that Iran had gained “something tangible” from the prisoner exchange, despite the fact that the U.S. released seven Iranians detained or indicted in the U.S. for sanctions violations. Six of the Iranians released by the U.S. were dual citizens.

In addition, the U.S. agreed to drop charges against 14 Iranians whom they had requested be extradited to the U.S.

The cash payment, which was reported in the Iranian press as a ransom payment, was airlifted to Iran from banks in the Netherlands and Switzerland.

Euros, Swiss francs and other currencies (dollar transaction to Iran are illegal in the U.S.) were stacked on wooden pallets and flown into Iran.

Since the payment, Iran has arrested two more dual Iranian-American citizens as well as dual-nationals from France, Canada and the UK.

Written By Alex Newman   |   01.30.23 As society decays and moves...
Previous article
UPDATE x1: Governor faces decision on bill that could eliminate property tax-capped funds
Next article
Republicans take their call for Term Limits and Fair Maps to the people