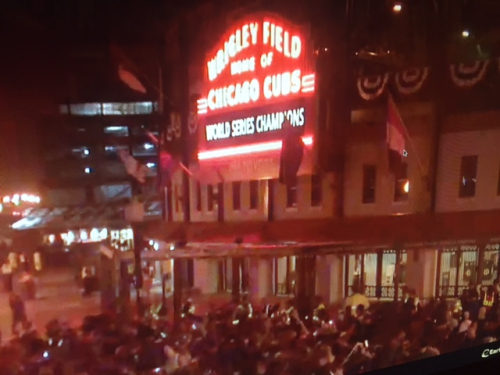 During the day of the 2016 World Series' Game 7 between the Chicago Cubs and Cleveland Indians, I spent the day in Wrigleyville, while our home team was in Cleveland.

During the day, a new tradition was started by "chalking" on Wrigley Field's outside walls of Waveland & Sheffield Avenues with thousands of messages. 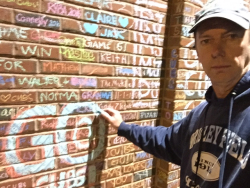 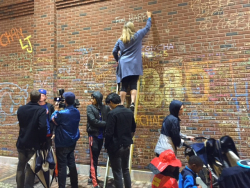 Thousands of people showed up at Wrigley Field to celebrate while the Cubs played in Cleveland. There was a huge police presence, including snow plows to block streets from cars.

After a tense Game 7 that ended 8 to 7 in 10 innings, there is no waiting till next year, the Chicago Cubs are World Champions! All photos by Mark Weyermuller, who is a small business person, real estate professional, and conservative activist in Chicago. He is a citizen journalist and regular contributor to Illinois Review. Mark can be heard weekly on the radio in a "man on the street segment" at 10:31pm as a regular guest on the Stephanie Trussell Show heard Sunday nights 9pm-midnight on WLS 890-AM.

By Illinois Review In an unscientific Twitter poll conducted...
Previous article
Cook County to tax minorities for being fat
Next article
Photos from the Cubs Parade