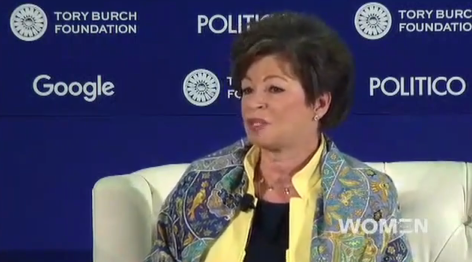 CHICAGO – Chicago native Valerie Jarrett has been at President Barack Obama's side as one of his closest White House advisors for the past eight years. Her power and influence is rarely mentioned, but there's no question she was fairly confident the Obama Administration's policies would continue with Hillary Clinton as Obama's successor.

Except a wrench was thrown into their plan by voters in America's Heartland (except her deep blue hometown and state) when they elected Donald Trump November 8th.

Trump's win was devastating, Jarrett told a group this week. Actually, she said "soul-crushing" and "like a punch in the stomach."

“Obviously we were surprised by the outcome of the election. It kind of was like — I’m not sure what the right analogy would be — but like a punch in the stomach, let’s say. Soul-crushing might be another description,” Jarrett said. “But that’s the democracy that we have. The people get to decide and the elections matter and we have to get about the business of doing our job.”