Foster: Mayor Emanuel will go down in messy confrontation over sanctuary status 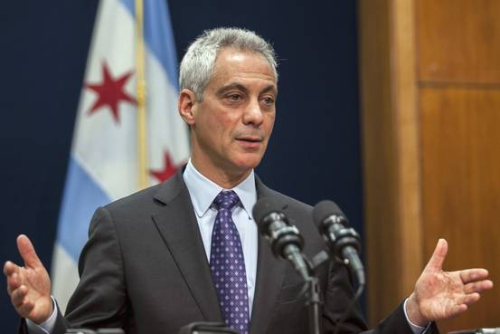 Mayor Rahm Emanuel wants Chicago to continue to be “open” to all immigrants, legal or illegal.  He says immigrants built this city in the 1800’s and are still owed our thanks.

This makes no sense. He’s right that a lot of immigrant labor built Chicago’s infrastructure and buildings when the nation had open borders. But today, this city is mostly a service sector regional hub. There is huge demand for highly skilled employees with backgrounds in finance and  technology.

The demand for unskilled labor is easily met by the legal residents of the metropolitan area. In fact, the opposite of what the Mayor said is likely true. More unskilled immigrants will lower the wages of native Chicagoans. The days of massive public works projects are long gone. And the major construction projects  in this city are of a high-caliber that demand particularized labor, tradesmen with skills.

If there is any empirical evidence that Chicago needs more immigrants – that is more employees – is because demand is exceeding supply, I have not seen it. The best evidence of this would be rising wages. But wages are stagnant and have been so for years.

What the mayor wants is the political power immigrants bring. He wants their votes for the Democratic political organizations all across the city. He wants their votes in the next election to compensate for his sharp loss of support among blacks. That slide in his popularity was well-deserved, as we have learned from the cover-up of the shooting of a black man by a rogue police officer before the 2015 election. Recall the mayor was never popular with Hispanics and lost their vote to a Hispanic opponent last year.  He seems determined not to allow that to happen again.

The day of reckoning is coming for Mayor Emanuel and the other officials in all of the sanctuary jurisdictions across the country.  (Cook County is one also.)

The Trump administration is threatening to cut off their federal funds. The executive branch has lots of discretion over the disbursement of largesse.

Why should federal taxpayers subsidize Chicago and its corrupt political establishment when it is dedicated to undermining our immigration laws? It might be defensible if Chicago’s position were moral, as was the opposition to slavery.

But now, in the current climate of immigration enforcement, Mayor Emanuel looks and acts more like George Wallace standing in the schoolhouse door yelling "Segregation forever!" His position is designed to win over voters yearning to hold onto an illegal way of life against a federal government determined to end it.

The days of open borders and perpetual visas are over.

Mayor Emanuel knows it and will go down in a messy confrontation with Washington.