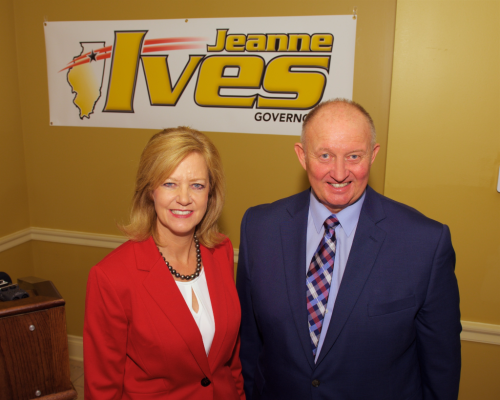 WHEATON – State Rep. Jeanne Ives announced officially Sunday night in an invitation-only gathering in her home district that she would be a candidate for governor in the March 2018 Illinois Republican Party primary. She was introduced to the crowd by her running mate, former State Rep. Rich Morthland from the Rock Island area.

Ives said she supported and helped get Bruce Rauner elected governor in 2014.

"I believed his argument that his personal wealth would free him to do right by Illinois and lead the revolt against the political ruling class," she said. “I was wrong. The tough-talking dude on a Harley with no social agenda turned out to an empty Carhartt jacket. We were promised a conservative reform governor. Instead we got an Ivy League gender studies professor."

Ives will be submitting her petitions for candidacy in Springfield Monday afternoon, her campaign said over the weekend.

As of Monday morning, the only gubernatorial candidate that has filed to be on the IL GOP March 2018 ballot is Governor Bruce Rauner.