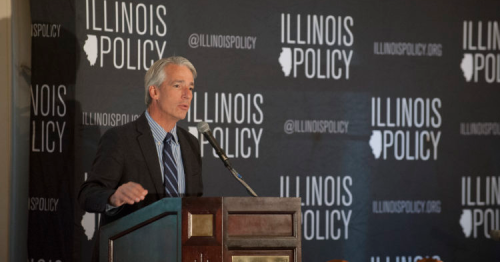 CHICAGO – Pro-Publica and the Chicago Sun Times' investigation into the conservative think tank Illinois Policy Institute's (IPI) finances and connections is stirring the attention of the governor, the General Assembly and the attorney general.

“I’m very troubled, very troubled by what I’ve learned, and I certainly would not give them any more money,” the governor, whose family foundation gave IPI over $600,000, told the Sun-Times.

Illinois Attorney General Lisa Madigan's spokesman said their office is "reviewing the information, and we’ll determine if we need to take next steps.”

And state Sen. Chris Nybo, R-Elmhurst asked fellow Senate Republicans whether they should draft a Joint House- Senate Resolution asking for investigations by the FBI, the IRS or the Attorney General’s office.

“I am very troubled by the reports about John Tillman’s non-profits that are starting to emerge,” Nybo wrote in an email.

The Sun-Times/Pro Publica investigation "As Conservative Group Grows in Influence, Financial Dealings Enrich Its Leaders" is here and today's Sun-Times story "Rauner 'very troubled' by Sun-Times-ProPublica report on past conservative ally" with responses to the investigation is here.

Tillman responded to the story via Twitter Thursday afternoon: