One Kim to Rule Them All: Everything You Need To Know About The North Korean Threat 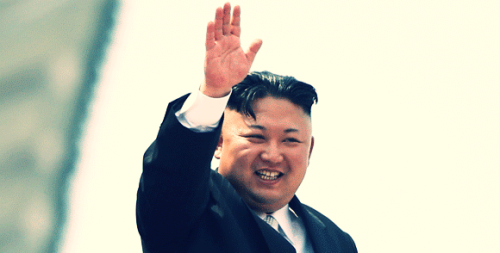 A nearly perfect totalitarian system. President Trump said on Thursday that he would like to meet with North Korean leader Kim Jong Un. From Nicholas Eberstadt, here are some things to understand about the regime:

The North Korean political system is one of a kind. Originally spawned by Stalin as a far-flung Soviet satellite at the beginning of the Cold War, North Korea broke free from Moscow early on, and has mutated into an Asiatic hereditary dynasty in its own right. It retains all the instruments of control and terror from the original Marxist-Leninist model, while supplementing them with a whole roster of inventive new totalitarian tricks of its own.

Evidently, the North Korean variant of totalitarianism is superior to the Soviet prototype. The latter, after all, is in the dustbin of history, and the former is very much still with us.

Where Marxist-Leninist states always have a secret police force, the North Korean state set up multiple services. Not only does they spy on and suppress the subject population, these services also surveille each other and report any signs of disloyalty or impurity to the very top. Marxist-Leninist states always had their dreaded gulags, but North Korea’s political prisons, or kwan-li-so, are even more terrifying. Adapted to capitalize on Asian family values, they threaten the horror of the concentration camp not only for the arrestee, but also for his whole extended family – children, cousins, grandparents, everyone. When you wonder why North Koreans don’t rise up against the horrible oppression they suffer, or why more people don’t try to flee its inhumanity, remember this part: The system is carefully designed to hold every North Korean’s entire bloodline hostage.

And then there is North Korea’s unique, and uniquely odious, Songbun system. Marx may have envisioned his Communism as a classless utopia, but Pyongyang pulled full throttle in the opposite direction, imposing carefully calibrated class designations as a tool for social control. In North Korea, class status (currently, there are over 50 of them) is assigned for life, and one’s Songbun determines one’s chances in life – and death. It is a safe bet that no one from North Korea’s privileged “core” classes died in the Great North Korean Famine of the 1990s, and that almost all the victims were members of the so-called “hostile” classes. Songbun formalizes and perfects techniques of social atomization that Stalin and Mao only pioneered, transforming divide-and-rule into a science, and thus routinizing internal mutual mistrust and hatred to a degree perhaps never attained through deliberate government policy.

[Nicholas Eberstadt, “One Kim to Rule Them All: Everything You Need to Know about the North Korean Threat,” American Consequences, February 2018]