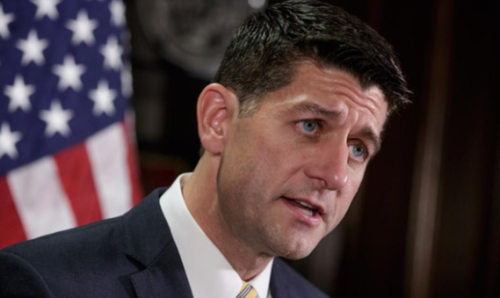 WASHINGTON – U.S. House Speaker Paul Ryan of Wisconsin announced Wednesday he would not be seeking re-election in November.

PETER ROSKAM (IL-06) – "As Speaker of the House, Paul Ryan has articulated a vision of optimism, growth and opportunity. Under his leadership we were able to provide tax relief to millions of Americans and make the American economy more dynamic and prosperous. He has served the people of Wisconsin with distinction and led the House of Representatives with honor. I wish him and his family all the best as they move into a new season of their lives next year."

RANDY HULTGREN (IL-14) - “Paul Ryan is a strong leader, a true conservative and a good friend. I have enjoyed sharing the Illinois-Wisconsin border with his district and observing his leadership in the House on behalf of his state and the country. I thank him for his leadership in passing tax cuts for Americans and rebuilding our military, and I congratulate him on his accomplishments. I wish him and his family all the best.”

ADAM KINZINGER (IL-16) - “Speaker Ryan is a good man, a true conservative, and a strong leader. He has done a lot for his country—he has made lasting impacts for the good of our economy and we are beyond grateful for his service to this institution. I’m proud to have served alongside Paul here in Congress, to have his leadership over these last few years, and I’m both proud and fortunate to call him my friend. I wish Paul, Jana, and their children all the best in his next steps. He will be deeply missed in the People’s House.”

MIKE BOST (IL-12) - “Speaker Ryan led the People’s House through impactful times, including passage of historic tax reform legislation that will benefit working families for years to come.  As a father and a grandfather, I appreciate his desire to spend more time with his children.  I don’t know what his future holds after this year, but I’m confident he will continue seeking opportunities to serve his country no matter where he lands.”