Where’s Weyermuller? Listening to Mike Pompeo at University of Chicago

Possible 2024 Republican Presidential candidate and former US Secretary of State under President Donald Trump, Secretary Mike Pompeo, was the featured speaker last Thursday at the Institute of Politics at the University of Chicago. The event was titled “Life After Trump: Mike Pompeo.”

About 250 people, most of whom were students were in attendance.

Security was heavier than usually as Pompeo has been granted extended government protection for possible threats from Iran. He had a security detail, perhaps the US Secret Service, along with a large number of University of Chicago Police. After the speech he left immediately.

Pompeo served as the Director of the Central Intelligence Agency (CIA) and then Secretary of State under President Trump. He is currently thinking about running for president in 2024.

President Trump has already announced that he is running in 2024. Others who are considering besides Pompeo include Gov. Ron DeSantis, FL, former Gov. Nikki Hailey, SC, Gov. Glen Youngkin, VA, former Gov. Larry Hogan, MD, and US Sen. Ted Cruz.

During CPAC, there seemed to be little excitement for Pompeo. A CPAC poll last August had him at only 1 percent — far behind Trump and DeSantis.

The Institute of Politics is an extracurricular, nonpartisan institute at the University of Chicago designed to inspire students to pursue careers in politics and public service. The Institute was formally established in 2013 with David Axelrod, who was President Barack Obama‘s chief campaign advisor and senior presidential advisor in the Obama White House.

Former US Sen. Heidi Heitkamp has been named the new IOP director! Heidi is a familiar face to many from her frequent visits to campus. She is a former Pritzker Fellow and has participated in numerous speaker series events, and currently serves on the senior advisory board.

IOP Executive Director Zeenat Rahman interviewed Pompeo with much of the focus on the events of January 6, 2021.

Pompeo did not comment much on January 6th but rather directed comments to his accomplishments including moving the United States Embassy to Jerusalem, which is the capital of Israel.

Pompeo made it a point to mention that he wasn’t there just sell books, but he did take a moment to promote his latest, “Never Give An Inch: Fighting For The America I Love.” 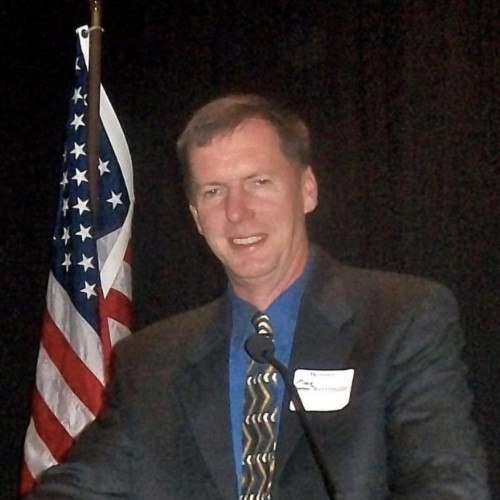 Written By Alex Newman   |   01.30.23 As society decays and moves...
Previous article
Vargas: Transportation Secretary Pete Buttigieg and the FAA Just as Incompetent as Don Tracy and the IL GOP
Next article
Economos: Democrats Want to Ban Gas Stoves, Would Get an “F” in Chemistry