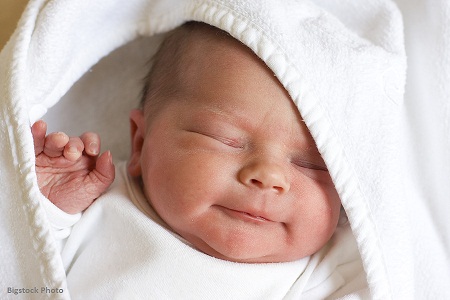 SPRINGFIELD – Earlier this week, the Illinois Department of Public Health released its data from 2014 showing that the abortion rate for minors fell by nearly 28% from the year prior, representing over 500 lives.

"This precipitous drop occurred in the first full year that the Illinois Parental Notification Act of 1995 went into effect," the firm said in a press release. "The law requires abortion clinics to simply notify parents 48 hours in advance of when their minor daughters are seeking to have an abortion. Both the law and medicine agree that the health and well-being of minors are best served when their parents and guardians can help them with such weighty and life-altering decisions."

While the law was originally passed in 1995, it never went into effect due to constant legal opposition from pro-abortion groups. Abortion advocates argued that minors should be allowed to make medical decisions about invasive surgeries and that parental involvement has not been shown to affect abortion rates-an assertion that stands in stark contradiction to the just released data.

In 2012, the legal battle went up to the Illinois Supreme Court where Mauck & Baker filed an amicus curiae brief along with the Alliance Defending Freedom on behalf of the Christian Medical & Dental Association, the American Association of Pro-life Obstetricians and Gynecologists, and the Catholic Medical Association in support of the law. And in July 2013, a unanimous Supreme Court ruled in favor of enforcing the law.

Abortions have decreased in Illinois to the lowest rates since Roe v. Wade was decided in 1973. Total abortions in Illinois fell by 6%, which is 2,278 less than the 40,750 abortions in 2013. The 28% decrease in abortions by minors is a strong indication that the Parental Notification law has spared the life of 500 little ones.

"As we argued to the Illinois Supreme Court, minors are best served when they are fully informed and can benefit from their parents wisdom and support," says Richard Baker of Mauck & Baker, "Each young girl is important. Parents are important. And each unborn life is important. About 2000 years ago, unto us a child was born the Messiah. We are honored to have a part in seeing 500 children born in Illinois who may someday come to faith in Him."

By Illinois ReviewIn a Facebook post on Tuesday, former...
Previous article
A Pause to celebrate the Birth of the Christ Child
Next article
Illinois loses more total population in past year than any other state