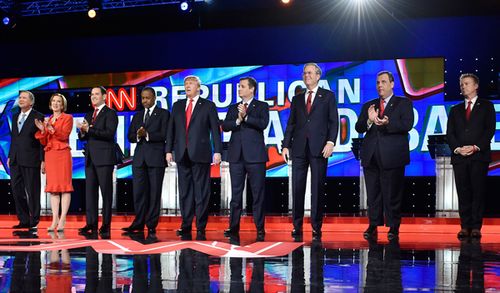 Rubio received 31 percent of the vote, Ted Cruz 22, and Donald Trump 18, as the top three.

“It was great to see so many Lake County Republicans come out and listen to the GOP Presidential Candidates,” said Larry Falbe, Lake County Republican Federation President. “Some who came had a favorite candidate, and some did not, but everyone had a great time.  Once a nominee is selected, Republicans will all coalesce behind him or her, and lead us to victory in November.”

For the straw poll, each guest was given a ballot and asked to vote for only one candidate.  Voting opened at 6:30 pm, and votes were collected through the end of the evening.

With Rubio, Cruz and Trump at the top, behind them followed Jeb Bush at 8 percent, Chris Christie 7, John Kasich 6, Ben Carson 4, Mike Huckabee 3 and Carly Fiorina 1.