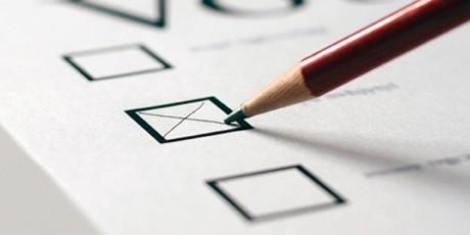 80 percent of McHenry County residents polled this past summer supported an initiative to include a township consolidation referendum question on the March 2016 ballot. Nevertheless, at an October meeting only one month after the poll results, the County Board voted NO.

The taxpayer-driven initiative went down in flames following a hard-fought battle which began in early 2015 with the formation of the five-member McHenry County Citizens for Township Consolidation. According to Nunda Township Trustee and task force member Mike Shorten, when faced with four separate public meetings filled with township elected officials, “their voices outshouted ours.”

The task force had two goals: create a resolution for the County Board to vote on, and present a proposed consolidation map. At the time of the Board vote, the task force recommended only two referendums: one to merge Richmond and Burton townships in the county’s northeast corner, and to merge Chemung and Dunham townships in the county’s northwest corner. The task force reached no consensus on the remaining six consolidations, which still made it to the October County Board agenda. The Board ultimately voted to reject all eight township consolidation referendums.

Telephone polling of 1,100 McHenry County registered voters showed overwhelming support for township consolidation referendums. Why was it shot down so easily at the County level?

Two factors stood out. At one public meeting in the fall, County Board members discussed the potential impact on taxpayers in the consolidating township with a lower tax levy. Levies of two townships would assumedly be added together and then divided between their total assessed value, with the lower tax township possibly seeing a tax increase. On that one issue, County Board Chairman Joe Gottemoller of Crystal Lake argued, “We are standing here today looking at something that positively will raise taxes for half our residents.”

By using this tax rate example, was the County Board going out of their way to torpedo township consolidation referendums? That might be a “cynical assumption,” according to Mike Shorten. He says if the referendums had made it to the March ballot and one or more had passed, the affected officials in the consolidated townships would have had a year to review operations and find cost savings before decisions on any tax increases took place.

A second criticism was that while the task force determined a consolidation plan would result in an annual $4 million savings for the County, in reality they presented no detailed cost savings estimates to the Board. While Shorten says actual savings would have depended on the efforts of the new officials of each consolidating township, he acknowledges had resources been available, a cost study would have been helpful to support their arguments.

McHenry County is still debating whether consolidating townships will save taxpayers money or not. Perhaps because township government in McHenry spends only 3.2 cents out of each real estate tax dollar, it is easier for township employees to argue down the position that consolidating townships can actually save money. Some critics say cost savings are more easily found at the County or school district levels.

Nancy Mathieson has a 30-year career in business, securities regulation and public policy.  Nancy held positions at the Chicago Mercantile Exchange (CME) and the New York Stock Exchange (NYSE), where she was a Director of Market Surveillance and managed a professional staff in the investigation of securities trading violations. She also served as Operations Director at Truth in Accounting, a Chicago think-tank whose mission is to promote transparency in government financial reporting. In this role, she directed Accounting teams in grant-funded research studies on the financial condition of state and local municipalities. Nancy received her B.S. in Economics from the University of Illinois at Chicago and her M.B.A. from New York University.