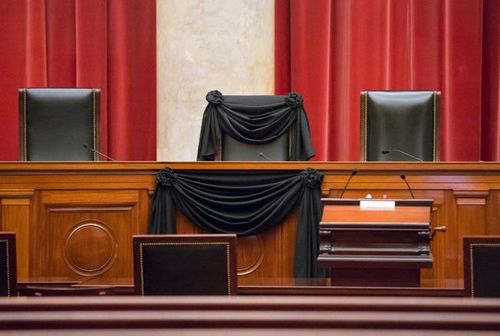 It seems Sen. Mitch McConnell won’t even  dignify the President’s incipient Supreme Court nominee with a confirmation hearing or a vote. This makes little sense constitutionally or politically. The Constitution gives the President the “Power, by and with the Advice and consent of the Senate… to appoint Judges of the Supreme Court.”  (Art. II sec. 2).

Notice the wording, so important to textualists like the late Justice Scalia, puts the onus on the President. The “advice and consent” follows.  Republicans surely don’t want to be in the weird and hypocritical position of betraying the original intent of the Constitution in order to protect it.  So they should not be making statements indicating no hearings or vote will be taken on the new Supreme Court nominee.

Anyone President Obama nominates, even a bland appellate jurist like Merrick Garland, will be unpalatable to the Republican majority.  Recall Robert Bork was nominated in July 1987, 16 months before the 1988 election.  The Democratic majority signaled its vehement opposition, Ted Kennedy gave his infamous speech implying Judge Bork was a racist and segregationist,  but the Senate held the hearings and took a vote.

Not acting on a presidential nomination is an act of effrontery and political pride that should offend everyone that is not a hyper-partisan Republican. What a ridiculous way to show Republicans are ready to run the entire government.  The Senate Judiciary Committee should hold a serious and respectful hearing on the President’s nominee.

The Republicans on the Committee should ask tough questions about executive actions, the separation of powers, immigration, etc.  And then the Senate should vote (presumably reject) the nominee. That is what the country expects and serious conservatives should demand. The Bork nomination hearings were heavily covered in the media in the summer of 1987. Millions of people followed them and gained an understanding of the principles of originalism and textualism- and the objections to them.

When the nomination was defeated on a 58-42 vote, the Democrats suffered no lasting political damage.  I’m hoping we will see something similar this spring.