Heino: No matter what he says, Cruz is not a “natural born” American 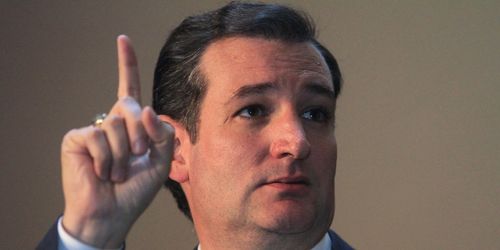 If you see something, say something.

We the people as citizens, in support of our United States Constitution, cannot let well-intentioned citizens support theories not supported by the Constitution, U.S. law, and the Immigration Act, in order to promote a candidate for President of the United States.

Senator Cruz was born in 1970 to an American citizen while living in Canada. He came to the United States at the age of four in 1974.

Senator Cruz has a tendency to remind listeners of his knowledge of Constitutional law issues, and apparently Immigration and Nationality law?

One of the requirements of naturalization is, “Can you speak, read, and write basic English and do you have an understanding of U.S. history and government (civics)?” Are we going to stand by and allow an unqualified “citizen” to qualify to run for President of the United States and bypass all 229 years of American law and trash our Constitution?

Another of the many law references for Senator Cruz to overcome in his quest to “establish justice” is the 1952 amendment to the 1857 Immigration and Naturalization Act. It reads in part,  “…in all other respects, however, the naturalized citizen stands, 'under the Constitution'… on a legal footing with the native citizen’ save as regards eligibility to the Presidency.” (The Constitution and What it Means Today. Page 89. Edward S, Corwin. 1978 Edition Princeton University Press.)

On a whim, Senator Cruz is attempting to rewrite United States history and remake the Supreme law of the land, the U.S. Constitution. Since 1795, Congress has required that all candidates for naturalization formally renounce allegiance to their native land and all other foreign power. After living in the United States since 1974, 42 years after entering the United States as a  “alien” meaning, any person not a citizen, only then in May of 2014 Senator Cruz renounced his Canadian citizenship.

How else do you differentiate two distinct persons in birth? One being born to a United States citizen living in, say for example, Canada? A Canadian at birth. The other being born in the United States. Are we to call them both “natural born citizens“?

But, natural birth happened in two distinct and different sovereigns. Like all law, you need to define each birthplace with a label allowing for the difference, because the courts will not let you get away with it.

And further troubling is Senators Cruz’s response to a question of family citizenship, his response, “I’m not going to engage in a legal debate.”