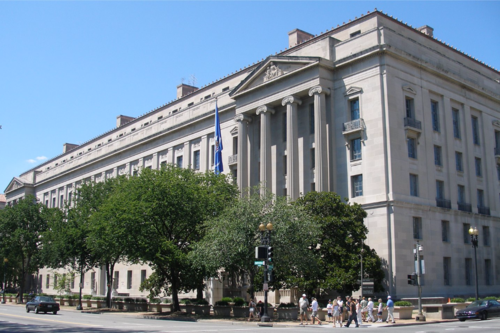 Americans of all stripes were somewhat shocked, as Christie had been beating up on the Trump candidacy way back since before beating up on Trump was cool.   Governor Christie rightly attacked Trump for his immigration bluster, for his Manhattan elitist attitude, the way Trump got history wrong, again and again and again… Christie attacked Trump for months.  And now here he is endorsing the man.   Why?

Many assume he’s angling for a job in the administration, maybe even as running mate (although the idea of a NY/NJ ticket is so farfetched, it’s comical). Perhaps it’s an angle for some other job.

People naturally assume he must therefore be angling for Attorney General… which starts out sounding logical, but in fact is not.  While Mr. Christie’s success as a governor would likely make him a fine choice to head the Office of Management and Budget, it’s difficult to imagine a more poorly-suited person for the modern Attorney General’s office.

Exploring just why that is the case might be instructive not only for the immediate question, but also for the larger question of who we should select as president.

One of the most basic properties of gases is that a gas will immediately diffuse in any space to fill the container allotted to it.  Give a gas a house, and it makes itself at home.

Similarly, as C. Northcote Parkinson put it, "Work expands so as to fill the time available for its completion." And that, by the way, is not only true in the private sector, to our everlasting chagrin.

The Framers gave us a brilliant system, with a limited national government.  Severely limited, extremely limited, incredibly limited.  If a thing wasn’t in the body of the Constitution, it couldn’t be done.

And in case that wasn’t clear enough, the Founding Fathers gave us a Bill of Rights to say that, no matter how tempting it may be, the government can never expand in this direction, or that one, or that other… and then, in case anyone thought of expansions in still more directions, they provided the Tenth Amendment, which leaves absolutely no doubt: If it’s not here, it’s only to be done by the state legislatures, or by the people themselves.

So the federal government, based in the then-new city of Washington, D.C., was meant to start small and stay small.

But it was, nonetheless, a government.

And it was located in a national capital.

And, like any gas introduced into any container, it expanded to fill the space allotted.

It took time, but a hundred years after the Constitution was written, the seeds for expansion were planted.  A hundred fifty years after, and the expansion had occurred in all directions.

And now, over two hundred years in, the United States government has grown in ways and amounts never imagined, so that we have departments on top of departments, with offices all over the country and abroad, and agencies so plentiful that every Cabinet Secretary is now the leader of his own government.

The government has expanded to fill the nation, from border to border and coast to coast, and with that growth, the regulations have grown as well. The workload these agencies create has required whole industries for compliance, from accountants to attorneys, from trainers to clerks.  Some of these regulations are good and useful; the vast majority are onerous and destructive.

And the man or woman we elect as president will appoint the leaders of all these myriad agencies.

The Department of Justice

Since the Attorney General’s office is on our minds these days, let’s use the DoJ as our focus of study.

When established in 1789, the Attorney General was a part time position.  Early AGs such as Edmund Randolph and William Bradford provided legal advice to the president and to Congress, and that was about it.

Almost a century later, however, Congress established a formal Department of Justice, and shifted existing functions – the US Attorneys, the Federal Judges, the prosecution of federal crimes – over from the Department of the Interior and others into the new domain of the AG.

Once thus begun, the growth continued.  By the end of the 19th century, the AG was in charge of all federal prisons. In the 20th century, they added an independent federal law enforcement agency, and regulatory agencies governing products as diverse as alcohol and weapons and cigarettes.

Nowadays, they may start out with a project, to explore what kind of crimes might affect some other federal department, and then they develop that project into a new bureau.

When we think of the office of the AG, we think of him as the nation’s chief law enforcement officer.  But what else is he?

The modern Attorney General has a budget in excess of $27 billion, and manages over 115,000 employees scattered over a plethora of agencies, located all over the world.

The ones we all know of are huge, and perhaps not unexpected:

But that’s not enough.  The many expected agencies in the Attorney General’s office are only a hint at the bulk of this particular federal bureaucracy:

The list of agencies never ends.  Dozens of agencies, offices, and bureaus crop up at every turn; some we’d expect, others we’re shocked to encounter.  There’s a National Institute of Justice, an Office of Privacy and Civil Liberties, an Office of Juvenile Justice and Delinquency. Every way you can imagine for a federal law enforcement agency to involve itself in our lives.

The man or woman our president selects as Attorney General will appoint the directors of all these agencies, and more besides.

The Attorney General leads the search process for the appointment of federal judges and Supreme Court Justices.  Select a conservative, he or she might find us the next Anton Scalia, Clarence Thomas, or Samuel Alito.  Select a liberal, and he or she might saddle us with another Ruth Bader Ginsburg, Sonia Sotomayor, or Elena Kagan.

The Attorney General supervises the choices that the executive branch makes when federal lawsuits involve the federal government.  Should the government fight, or acquiesce?   Defend a law or regulation, or sit back and let the courts do as they choose?   These are policy decisions, and they surface all the time, with repercussions that affect us all, right up to the Supreme Court level.

The Office of Justice Programs provides a whole basket of bureaus, performing and funding research programs to spread the administration’s criminal justice philosophies across the nation.  Should we push community policing? Capital punishment? More or less probation? Second, third, and fourth chances before jail time?  It’s all politics, and the federal government can push the popular programs on cities and counties with the generous distribution of federal grant money.

The Attorney General, through the COPS program, has taken over the management of numerous city police departments on the pretext of racial prejudice or other such charges.  Ferguson, Minneapolis, Gary, Oakland and others have either already been taken over or are in the process thereof, meaning that the federal Attorney General now has direct (and unconstitutional) control over local tax dollars in various places across the country.  And if they have their way, there will be many more such examples.

As we’ve seen, the Attorney General is no longer just a prosecutor and legal advisor for the president.  This desk is a ruler of a fiefdom, one of the most powerful positions in the federal bureaucracy.

Far from the nonpartisan, apolitical lawyerly role we may imagine it, this position is today the focus of all our nation’s debates.

Oh yes, who our next President chooses for Attorney General makes all the difference in the world…

… and our examination of this brief snapshot of an overgrown federal department is the poster child for how critical our choice in a President is.

The President needs to understand all these issues, in order to know who to appoint for each of these jobs.

Only a President who appreciates the intentions of the Founding Fathers… only a President who understands the damage done by these overgrown, overreaching, and perpetually uncontrollable entities can have a hope of protecting the people from the jack boot of this ever more tyrannical federal government.

Alone among the presidential candidates, Senator Ted Cruz, who clerked for Chief Justice Rehnquist, argued and won cases before the Supreme Court, and led an agency within the Federal Communications Commission, is clearly capable of understanding the weight of these appointments.  There is literally no one else in this race who can be trusted to make informed choices to rein in the bureaucracy at the top.

And thanks to a century of unbridled and unconstitutional government growth, there is so much, so very much, to rein in. It’s high time we started, wouldn’t you say?

Permission is hereby granted to forward freely, provided it is uncut and the byline and IR URL are included. Follow John F. Di Leo on Facebook or LinkedIn, or on Twitter at @johnfdileo.