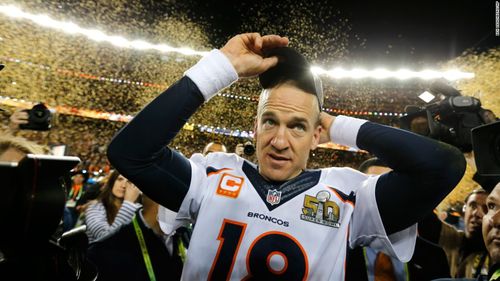 Picture this. Halftime. Super Bowl Sunday 2016. The kids were abandoning the family room for greener pastures because the game was mind-numbingly dull, and they were ticked that Coldplay was allowed to sing for "like sixty seconds before Bruno Mars pushed them off the stage." As for me, I was searching the internet for photoelectric tube televisions that might reduce the impact of women's grinding backsides in high def. My husband was leaning over whispering to me:

"Why are Beyoncé's backup singers dressed like Che Guevara?" I glanced up from my smartphone with a "Huh…good question." It was quite a mystery to me since Beyoncé and Jay-Z own an apartment in the Trump World Towers in New York that costs them around $65,000 per month, which doesn't exactly scream "down with the struggle."

Oh, but then it dawned on me and it has dawned on a number of people. That's not Che. The Beyoncette Dancers were dressed like Black Panthers… See? That makes a lot more sense. Obviously, Beyoncé and Jay-Z – being the good crony capitalists that they are – are vying for production rights for this summer's civil unrest soundtrack, and they were simply using the venue to tease their upcoming grievances… apart from the full frontal race-supremacy on display at Super Bowl 50, the business model is rather admirably forward thinking.

Quite an evolution from the Ella Fitzgerald and Carol Channing duets of Super Bowl VI, mind you…although that was before the halftime was produced by Ricky Kirshner – also listed as a producer of the Democratic Convention from 1994 to present by C-Span by the way. Kirshner has been producing the halftime show since 2011. His former company White Cherry produced the halftime show along with Don Mischer prior to that.

Don Mischer's credits range from We Are One: The Obama Inaugural Celebration to the Democratic National Convention. Mischer has also produced a few specials with Beyoncé. So the halftime "Black Panther Revue" complete with all the vaudevillian farce to be mustered should not seem surprising to anyone.

Who is the founder of Born This Way: A non-profit organization that focuses on youth empowerment and issues like self-confidence, well-being, anti-bullying, mentoring, and career development. Media proprietor Oprah Winfrey, writer Deepak Chopra, and United States Secretary of Health and Human Services Kathleen Sebelius spoke at the inauguration at Harvard University.

Side note: Lady Gaga was once upon a time produced by Def Jam Records (Jay-Z who also performed for free in voter-drive concerts financed by various Obama political campaigns is a former owner of Def Jam), Cherrytree (listed as associated with Streamline/Interscope) and Streamline/Interscope (please note the current and former vocalists associated with that company and how they overlap with the list of Super Bowl performers since the mid-1990s.)

So yes, the Star Spangled Banner was a big hit and (ironically) so was a Doritos commercial which has #NARAL keening because the ad portrayed a nine-month old fetus as being human.

NARAL, by the way, failed to exhibit the same frustration over the puppy-monkey-baby invention by Mountain Dew (a Pepsi company) which likewise exhibited human characteristics. Given the bioethical dilemmas that modern science is throwing at us with Planned Parenthood chop shops, embryonic stem cell research and genetic manipulations of human embryos, the depiction of a puppy-monkey-baby is a lot less surreal than an unborn child living long enough to push himself out of the womb to grab a Dorito.

Anyway, I find NARAL's ire to be inconsistently applied. They ought to have been concerned about genetically modified puppy-monkey-babies being celebrated as "three awesome things combined." Surely, Mountain Dew meant two awesome things plus one parasitic, post-birth embryo combined. There's just no predicting what will set off a progressive diatribe, I guess.

The Doritos brand, by the way, is owned by Frito Lay… and the parent company of Frito Lay is…? Anybody? Anybody?

PepsiCo has been a proud sponsor of the Super Bowl halftime show since 2013. PepsiCo is also an unapologetic contributor to Planned Parenthood – see how we're coming full circle – which is greatly responsible for upwards of 50% of all African American babies dying in abortions:

"Black women in New York City aborted more than half of their pregnancies in 2012, topping the number of abortions recorded by women of every other racial or ethnic group in the city."

It was recently revealed by LifeNews that Planned Parenthood was part of the pipeline that enabled middleman companies to perform R&D on aborted human infants. PepsiCo benefitted from similar R&D when they could have chosen morally obtained human cells expressing the G protein for taste receptors.

You want to think about the racial disparity of that for a second? Black babies died so that your diet soda wouldn't leave a funky aftertaste.

So follow the bouncing football and sing along if you will. (I was going to put this to the rhythm of "Poker Face" but alas, it was to no avail):

It's like some psychotic twist on Six Degrees of Kevin Bacon. How many degrees of separation is your money from the DNC?

Having said all of this and outlining the very valid concern of this insidiously hidden financial support for Planned Parenthood and the DNC through our purchasing choices, let us now discuss the Dorito "buy-cott" underway that has spontaneously combusted throughout the Chicagoland area in support of the pro-life message that the Doritos commercial broadcast during the Super Bowl. There's dilemma that you face if you want to support the message without funneling your money to Planned Parenthood. Should you buy the product knowing where the money is headed? That's IR's own Mark Weyermuller pictured checking out the Doritos displays through the Chicagoland area by the way.

Normally, I would be the first to say, "Don't buy from a company that supports the degradation of human life. I do think, however, that there's an intrinsic value in rewarding a positive message – however inadvertent it may have been – by buying the product in question and then communicating to Frito Lay the reason that you did.

Money talks and if you buy a brand that offers a prolife message, they will continue to echo that message and even if they support pro-abort agendas and ultimately the DNC, they are advertising the value system that works against their own agenda. It is in this way with small baby steps that conservatives will prevail in the culture war.

And just in case your ADHD kicked in and you were wondering – Beyoncé Knowles was in Obsessed with Bruce McGill who was in End of the Line with Kevin Bacon, so that's three degrees of separation from the puppy -monkey-baby which helps Mountain Dew and Pepsi and Planned Parenthood and therefore the Democrats if I'm working the math properly.

You know what? Maybe the Super Bowl just isn't worth the stress anymore.

Written By Alex Newman   |   01.30.23 As society decays and moves...
Previous article
Cruz ad: We wouldn’t tolerate these values in our children
Next article
Jarrett probably misunderstood