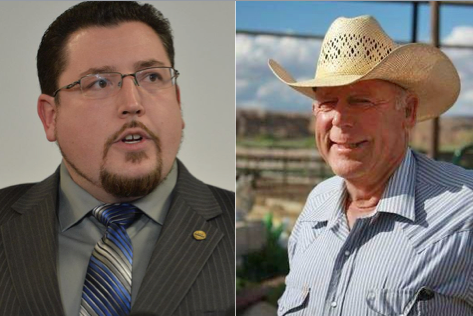 Under President Obama’s leadership, America has witnessed unusual, rather unexpected, serious clashes between citizens and authority.  Tension between Blacks and the police has escalated, creating a racial divide most Americans believed had been healing.  It seemed particularly odd that after the country had elected their first Black President, racial tensions would increase rather than decrease.

The Ferguson situation, in August, 2014, was not the first indication of a growing divide, but certainly the most publicized. Media crews captured the shocking scenes of chaos:  mass looting, buildings burning, and riot police trying to control mobs of angry protestors, some of whom had weapons they used against the police. Predictably, the media gave the issue enormous coverage, thus providing the World with a front row seat to the mayhem.

The end result was a tragedy: a once decent town was left thrashed and the majority of good citizens left wondering why and how the disaster happened, because they too became victims.  Both White and Black people lost businesses, jobs, and income.  One could only speculate how one very unfortunate incident, that turned out to be far from what it first appeared, had escalated into such a tragic conclusion.  Questions and accusations emerged as to why and who stirred up what appeared to be organized protestors with weapons that were used to harm the police.

Not long after Ferguson, racial tensions and conflicts increased in other larger cities and were again highlighted by the media.  Black leaders continued to make claims of police injustices.  Protestors in various pockets of the country marched the streets chanting slogans:  “No justice! No peace! No racist police!” and “Black Lives Matter.”  The crowd again became increasingly dangerous when protestors chanted: “What do we want? Dead cops.  When do we want it? Now."  That resulted in a Black man executing two NYPD officers while they were sitting in their patrol car.  Tension among Blacks and the police continues today in many cities throughout America.

The problem is not exclusive to ethnic concerns. Consider what happened in April, 2014.   A serious clash occurred between ranchers and federal government agencies in the Western part of our country.  In what reminded Americans of past western movie scenarios, a serious standoff occurred between armed ranchers and law enforcement. The problem was the result of a legal dispute between the United States Bureau of Land Management (BLM) and cattle rancher, Cliven Bundy.  Bundy was not the only rancher who resented decisions and contract changes by the BLM that negatively impacted ranchers, but Bundy was the first to finally take a visibly bold stand against government’s intrusion into his ability to use his land, which seriously impacted his family’s life. Once again, a situation between a group of citizens and authorities received national attention.

To best understand the conflict, it is necessary to know a little about the history and area of the Great Basin , as well as the people who live and work there.   It is a high-desert region of 200,000 square miles between the Sierra Nevadas in California and the greater Rocky Mountains in Utah, running from Southern Oregon all the way to Northern Baja, Mexico.  The area is sparsely populated as water is fickle and scarce in the area, rendering the landscape fragile. Ranchers are among the very few who find the area tolerable, and for over a century have chosen to make that place home and raise their families.

In more recent years the ranchers and authorities have been engaged in a series of disputes over the land and new requirements.  This may be in part due to the input of environmentalists who have become more engaged in protecting the area.  The recent conflicts likely have roots in what the U.N. calls Sustainable Land Management. The World Bank defines sustainable land management as a process in a charged environment between environmental protection and the guarantee claim of ecosystem services. It is also about productivity of agriculture and forestry with respect to demographic growth and increasing pressure in land use and is defined accordingly.

Sustainable land management is the process by which resources of land are put to good effect.  It covers all activities concerned with the management of land as a resource both from an environmental and from an economic perspective.  This article will focus on sustainable land management within the charged environment that presently exists among ranchers, environmentalists, and the government.  All three have varying interests regarding the management of the land.  Their inability to compromise has resulted in tense conflicts.  The American government and the United Nations appear to have more sympathy with environmentalists about the land, because their interests regarding land use are more similar to theirs than to those of the ranchers.

Ranchers have had continuing issues with the Bureau of Land Management (BLM) for decades.  Numerous ranchers have claimed BLM has been taking over private lands and are using unscrupulous methods to do so, but not until recently have those complaints been widely know or have  garnered national news.  A man by the name of Cliven Bundy changed all that.

The media seems to prefer and therefore covers stories which have an emotional basis. That is understandable because personal interest stories sell newspapers.  However, the media does not always provide all the facts, some of which can alter perceived judgements as to who is in the right or wrong.  That is largely the case when dealing with government and the general public  The media can be biased. They can have altruistic reasons for highlighting one argument over another.  In the case of the ranchers, they did a relatively poor job of explaining the history of the area and what forced Clive Bundy and his son to make such a bold move that defied the government and all its massive power, thus risking the reality they could be killed.  Many watching the story were unaware that the ranchers' property line runs along that of unoccupied federal land, without any discernible fences that mark where private and federal land begins and ends. Little or nothing was mentioned about all the continuing disagreements between the BLM and most ranchers in the area, as to whether there was any substantial evidence that Bundy had deliberately allowed cattle to graze beyond what the government considers the ranchers’ borders. Was the public informed that environmentalists disliked what they perceived as ranchers violating the land and that the environmentalists had the ear of government officials?

The media likewise barely mentioned the fact ranchers believed the federal agency had been purposely targeting them for decades with a myriad of questionable actions, perceived as a way to pressure them into selling their land and/or leases to the government.  For instance, according to ranchers such as Brian Cunningham, the BLM ignored the original grazing permits each rancher had originally signed.  Starting in the 90s, the BLM began making increment changes as to what was permissible on the property, each one impacting ranchers by reducing the original rights granted them and thus hindering them from make a decent living.

According to Mr. Cunningham, the televised standoff between Bundy and the BLM was the result of complete exasperation over the continued negative government  intervention of the ranchers.  One can only imagine the jubilation Bundy experienced when other ranchers from all over the region ended up joining him in his stand to keep his property.  That they came armed and ready to defend Bundy sent a message to the BLM and all watching:  this was not just about one man and his family, it was about what the BLM had done and was continually doing to them all.   With television crews in place filming the dramatic scene, the federal deputies prudently backed off and a disaster was averted.

That one battle forced other ranchers to realize that while their options to fight government were very few and weak, the only chance they had to keep their land was to draw attention to their plight in their on-going war among the federal government, long time ranchers, and the relative newcomer to the conflict, environmentalist.

On January 2, 2016 the stage was set for more national attention to be directed toward the ranchers’ dilemma when another ongoing problem between a rancher and the government developed.  This specific problem involved father and son ranchers, Dwight and Steven Hammond.

To follow is an article that will provide information about the ranchers 21-day stand-off at the Malheur National Wildlife Refuge and the resultant tragedy.   Unlike the Ferguson story, which was televised day and night for weeks, the perceived problems encountered by the ranchers when facing the law received far less attention.  Note:  The four remaining occupiers of the Malheur National Wildlife Refuse surrendered yesterday morning, Thursday, 11, 2016, bringing an end to the standoff on its 41st day.

Article 2 will explain facts few individuals have seen in the national media about the ranchers' last standoff. Unlike the Black vs.Police story of defying authority, the ranchers vs. the BLM is illustrative of quite a different story.