Zika: Epidemic Memes, Cause and Effect and the Circle of Life 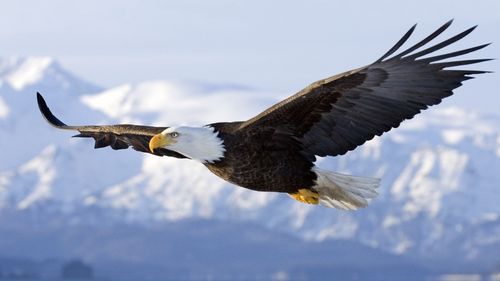 About 50 million people have died because of malaria-related diseases since the ban on DDT took place with Rachel Carson back in the 1970s. She's still a heroine. I'm not suggesting you go out and put DDT or any kind of pesticide on your food and eat it. The eagle thing was a myth. It did not destroy the eagle eggs, didn't destroy pelican eggs, didn't destroy condor eggs; all those things are myths. DDT didn't do it.

That's a quote from a transcript of the Rush Limbaugh Show back on May 12, 2008. As you can see, the topic of pest control has been hotly debated for just shy of a half century now. People who regularly listen to Limbaugh's show know that he has been discussing the unreasonable ban on DDT and other effective pesticides for decades, but this particular transcript finds Limbaugh considering what was then a growing concern over "Global Warming" and its projected outcome on the worldwide mosquito population.

2008 – that was right around the time that "Global Warming" alarmists were ratcheting up their rhetoric against the use of – among other things – pesticides for the control of mosquitoes. Remember then that the Bill and Melinda Gates Foundation along with the World Health Organization busied themselves by sending mosquito nets to impoverished nations to stop the spread of malaria because that was the best solution for protecting people from disease.

Side note: From vaccines to nets, Bill and Melinda Gates are everywhere that malaria wants to be. This from Yahoo Finance – Canada posted January 27, 2016 as a for instance:

First Bill Gates brought Windows to the world, now it's mosquito nets. The Microsoft founder announced this week efforts to team up with the U.K. to funnel more than US$4 billion into the fight to eradicate malaria.

"When it comes to human tragedy, no other animal even comes close to the devastation caused by one insect – the mosquito," wrote the billionaire in a joint op-ed piece with British chancellor George Osborne in U.K. newspaper The Times. "It transmits diseases that claim more than 700,000 lives each year. The worst of these is malaria. A billion people are infected with malaria parasites, and malaria kills one child every minute." (emphasis added)

The Gates Foundation is financially invested in vaccine research that will hopefully end malaria…a truly noble cause to be sure. Noble enough that we might even forgive Gates for opening a jar of mosquitoes at the Technology, Entertainment, Design Conference in 2009 to make a point about…hmmm. Malaria?

Perhaps. Maybe we should let him do the explaining:

"I brought some [mosquitoes]. Here I'll let them roam around. There is no reason only poor people should be infected."

Conservatives, rather than terrorizing rich computer geeks with the threat of plague, continue to argue that by not using proven, effective methods for reducing pestilence, we are ensuring a rise in otherwise eradicated diseases that developed nations like the US have not battled since WWI.

Does anyone else wonder if Bill Gates uses mosquito nets to protect his children and grandchildren from malaria? Yeah. Probably not. He probably relies on economic liberty and free market principles to protect his family.

Behold. The Zika virus… another mosquito-borne disease…now enters stage Left. According to the CDC:

The most common symptoms of Zika are fever, rash, joint pain, or conjunctivitis (red eyes). Other common symptoms include muscle pain and headache. The incubation period (the time from exposure to symptoms) for Zika virus disease is not known, but is likely to be a few days to a week.

The illness is usually mild with symptoms lasting for several days to a week. Severe disease requiring hospitalization is uncommon.

So? On the off chance that you might be infected by a mosquito carrying the Zika virus and then show symptoms, it wouldn't be much of a health threat. It's mostly a nuisance disease.

This may lead you to ask yourself, "Then why are we getting so worked up over what is pretty much a non-issue?"

"The virus has been linked to an increase in cases of a rare neurological condition called microcephaly in babies. Microcephaly results in babies being born with abnormally small heads, and often serious, and sometimes deadly, developmental delays."

It is a rare neurological condition. There's been an increase in cases in South American countries. Brazil, as a for instance, saw the number climb from 140 cases in all of 2014 to 3893 since October of 2015.

Officials believe there's a connection between an outbreak of the Zika virus and new cases of microcephaly but the precise link remains elusive.

Now assuming that Zika is the cause of this rare disease, the solution is actually pretty simple and it's what conservatives have been saying for decades. Spray the bugs.

Oh, I know. You show me an environmentalist, and I'll show you a thousand reasons that pesticides will cause a cataclysmic death spiral that will not be fully understood until the year 2075 when it will be too late to stop the apocalyptic domino effect because the oceans will have risen so high that all of the climatologists will have drowned. I hear ya. But the solution remains the same. Spray the bugs.

Of course, this assumes that microcephaly is being caused by the bugs. Maybe. But upon further research…and it doesn't take long to learn any of this if you have access to the internet, which you do or you wouldn't be reading this article… it turns out that the disorder may stem from a wide variety of conditions that cause abnormal growth of the brain. A homozygous mutation in one of the microcephalin genes causes primary microcephaly.

Also listed as causes of microcephaly:

Radiation can cause microcephaly too. Post WWII Japan showed a huge uptick in cases during the years following the atomic event, just FYI.

There are likewise certain drugs that can create genetic mutations that cause microcephaly including Dilantin. In fact, research indicates that women who have taken Dilantin during pregnancy have a higher risk for microcephaly.

Interestingly, according to some less than reputable sites that I will not link here, Dilantin can be used to increase one's reaction to methamphetamines. Similar sites indicate that it can be used to sustain erections.

Again. This information is not difficult to find, but that didn't stop leaders throughout South America from calling for a MORATORIUM on pregnancy for at least two years…until they can get the Zika virus under control.

Ah. But there's the rub. See? Abortion is for the most part illegal in many South American countries. If women cannot get access to legal abortion, then thousands of babies will be born with birth defects or so the story goes.

The World Health Organization – which has been simultaneously implementing policies that will curtail the use of pesticides thereby increasing mosquito-borne disease in impoverished areas while promoting negative population growth policies like abortion – are now "creating a response" to the Zika virus in every way shape and form by barnstorming a panic before people catch on to the real sting that's underway.

The shell game is simple. While the WHO is promoting a fear of Zika, progressive sites such as Mother Jones are encouraging the legalization of abortion on demand in South America and using Zika to do it:

"The virus is an opportunity because it's showing the consequences of restrictive abortion laws," says Avila-Guillen. "Women of reproductive age should have the ability to decide whether or not to be pregnant, and the government needs to give them those options."

So The World Health Organization and Bill Gates declare alarm because malaria kills one child every minute. The WHO is panicked because there's a large statistical increase in microcephaly in South American children from almost none to a few thousand every year.

Here's a statistic that they seem less disturbed about. Per the Guttmacher Institute, 43,800,000 abortions were performed worldwide in 2008. That's about 5,000 children murdered by abortion per hour and approximately 83 per minute.

This means that the number of children aborted worldwide every second is about 1.38. The progressives are looking to increase that number.

Both the WHO and the Gates Foundation are openly on a crusade to reduce the world population through abortion, sterilization and contraception. Both groups are working diligently to decrease the number of mosquito-borne diseases by increasing the number of abortions worldwide.

It would perhaps appear then to the casual observer that the problem for the WHO and the Gates Foundation isn't that children die. I guess they just want the deaths to be on their own terms.