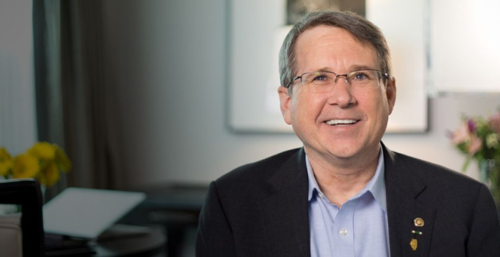 Senator Mark Kirk won his primary fight for the Republican nomination quite handily with a 3 to 1 margin over his opponent James Marter. Kirk clearly performed better than many conservatives in the state had hoped, although Mr. Marter did not have the funds to run a vigorous campaign against a well-known incumbent.

But Donald Trump also outperformed winning 39 delegates out of a possible 54 in the 18 Congressional Districts. Cruz got 9 and Kasich got 6. Trump also won 15 more delegates to be chosen at the state convention in May as a result of winning the statewide vote. But Trump also beat expectations receiving nearly 39% of the statewide popular vote despite hovering around 33% in the recent polling leading up to election day. Senator Cruz only tallied 30% despite spending major time in Illinois the last few days of the campaign, including a five-city fly around.

Cruz’ events were well-attended and he received a lot of institutional support and favorable coverage by some local conservative media. So, how to explain this dichotomy of Trump outperforming despite not having much of a permanent staff in the state and Cruz underperforming with a larger staff and network of influential supporters?

I suggest that Trump truly is tapping in to a new mother lode of voters for the Republican party and any attempts to derail Trump at the convention will likely lead to permanent damage to the Republican party. Many of these new voters are willing to try out the GOP because of Trump and will quickly abandon the party if he is not the nominee.

Consider some statistics from the city of Chicago only. Every one of the congressional districts in the city had substantial increases in votes cast in the city in the Republican delegate races from the 2012 race to the 2016 race.. The 1st district went from 4,759 to 7,026. More impressive though was the southwestern suburban and working class 3rd district which went from 13,193 to 25,864. The 5th district went from 42,714 to 85,408 and the 9th had the biggest percentage gain going from 13,286 to 29,049. In addition, the overall Republican ballots cast in the city of Chicago went from 47,896 in 2012 to 85,243 this election.

These are all impressive gains in participation in the GOP primary. Some of it is crossover by true Democrats just trying to muddy the Republican race. But this factor is limited due to what was a close Clinton-Sanders race. It is clear that much of these solid increases are due to Donald Trump being in the race. And Trump did win most of these districts’ delegate races.

Now Senator Mark Kirk faces the race of his political life in November. He goes up against two-term Congresswoman Tammy Duckworth and is considered the most endangered Republican Senate incumbent this cycle. Polls have consistently shown Duckworth beating Kirk but her numbers are well below the crucial 50% threshold so this is not a sure thing for her by any stretch.

To be honest, I think this is a very winnable race for Kirk, but a lot will hinge on who the Presidential nominee of the party is. If the party poobahs pull a fast one and deny Trump the nomination through the usage of arcane and byzantine convention rules, much of the base will be severely depressed and turnout will be lower than ever. I mean, why turn out to vote if you’re not listened to and a cabal of oligarchs just decide what they want? This feeling is now manifold in the party grassroots. So there will be a lot more than three million missing conservative voters as there was in 2012. And the increased GOP turnout of mostly moderate voters in the city indicative of a realignment of certain voters will dissipate completely.

But if Trump is indeed the nominee, whether he wins Illinois or not, he will bring more new Republican voters to the polls again in November and many of them will vote for Kirk as well. Kirk is despised by the ultra conservatives, who will vote against him no matter what as they did in the primary. But new voters to the GOP will probably not be as picky in selecting a Senator and a lot of this will rebound to Kirk’s benefit.

Kirk, the skillful politician that he is, is right now playing both sides of the fence. He recently told Donald Trump in a WGN interview to “Callate” or “Shut Up” after the events at the UIC Pavilion. But Kirk has also stated to NBC that he would support Trump if he is the GOP Presidential nominee. Kirk must see the benefits to a Trump candidacy as well.

Kirk is a political heavyweight. He had some of the best political ads I’ve seen in Illinois politics in his 2010 race against Alexi Giannoulias. He also found a way to win every race he’s been in including a tough Congressional race in 2008 against Dan Seals . So, don’t count Mark Kirk out, his re-election may be one of the surprises on November 8, and he may very well have Donald Trump to thank.  Politics does indeed make strange bedfellows.