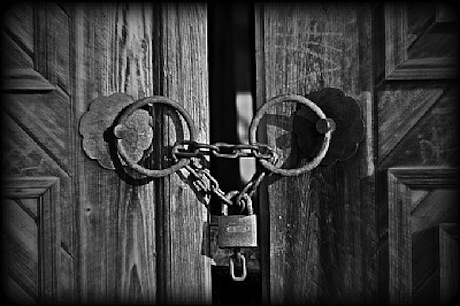 It was a cozy gathering of the members of the Republican establishment and the liberal titans of commerce at a resort in Sea Island, Georgia last week as so-called neo-conservatives gathered to reshape the world into their own image of progressivism by deciding who should be named the Republican nominee. Per Breitbart, some of those great thinkers attending American Enterprise Institute's annual World Forum were:

All this secrecy to discuss how they will thwart the party's nominating process and crown their preferred emperor if common Americans remain too stubborn to see that Donald Trump would be a megalomaniacal means to the end of our way of governance.

Ah, but there's the rub. It isn't only that Donald Trump as our president would be the embodiment of a constitutional crisis – and I really believe that he might be. It's that the attendees of symposiums such as the American Enterprise Institute's event seek to prevent the disaster by instituting a megalomaniacal crisis of their own choosing.

In states where there are closed primaries, Ted Cruz is the hands down winner and represents the ideological tendencies of the Republican voters. Where there are open primaries, Trump wins. That means that Dems are crossing over during the primaries to vote for Donald Trump.

What Republican representatives and pundits of all varietals are saying is that this cross over represents a renewed excitement within Democrat voters for the Republican message. It's the return of the Reagan Democrats or some such nonsense.

That's foolishness. Any excitement that's being cultivated in Democrat voters during the primaries over Donald Trump resides in the fact that they don't have to concern themselves over which collectivist to pick on the Democrat ticket. Bernie and Hillary are essentially the same candidate and will produce the same results, so the political interests of progressives are already secured. Crossing over then allows Dems to pick the Republican candidate that best suits their objectives and those objectives are more expansive and complex than "We want a moderate in office."

For the sake of debate, we can take this occasion to point out that the Republican voters have the same opportunity to cross over and influence the Dems pick in open primary states. Again, Bernie's and Hillary's goals are virtually indistinguishable, so any Republican influence over the Democrat primary is a moot point because it gets you the same result either way. Unless the Republicans were to cross over and, in unison, write in the same Reagan conservative thereby forcing the Dems to defend their political turf, the crossover would only further diminish Republican influence over their own nominee.

It's a stellar move on the part of Dem voters that ultimately puts conservatives in a position where they will be campaigning for a candidate literally in anathema to the foundational values they seek to reinstitute within our culture. Although, I would suggest that we are far beyond the point of legislating the US Constitution back into its position of authority.

Don't think for a second that the Dems haven't thought this through. When the general election comes about, those so called Blue Dogs that gave us Donald Trump will head back to their own backyard and vote for the Trotskyist or Alinskyite. In the meantime, Democrat leadership will savor every opportunity to magnify every blemish in Donald Trump's record, and force conservatives into a position of hypocrisy by defending a candidate that they didn't want in the first place.

That's why it's a safe bet that Donald Trump will win Illinois. Illinois has long been a state that has institutionalized ways to mathematically eliminate the impact that conservative voters have on the culture. Illinois conservatives are regularly gerrymandered into choosing the lesser of two evils.

The aftermath of the primary season will really showcase the Dems acumen when it comes to furthering their objectives. The idea that the primary support of Trump by the Blue Dogs will extend into the general election is wishful thinking at best. I'm not saying that it can't be done. I'm saying it isn't a lock.

Republicans still fondly reflect on the Reagan Dems as independent thinkers. The Reagan Revolution was 36 years ago, folks. The Blue Dogs don't exist anymore. The progressives have had 36 years of uninterrupted, social engineering in the schools, universities, in music, films, television and in literature. Not even Republicans can be counted on at this point to stand for constitutional values…as was proven by the Republican establishment in threatening a brokered convention, I might add.

There is only one path to reclaiming the culture. We must reclaim the culture… or the culture ends here. It's very linear. If there's anything that a Donald Trump candidacy proves, it's that morality cannot be legislated. It must be taught. It must be learned. You can't expect 48% of voters to understand that overturning Obamacare is an imperative if 48% of voters think that Obamacare is written in the Bill of Rights. Trump is nothing but a symptom of civic ignorance just as Hillary and Bernie are.

So I'm at a dinner with a group of old friends the other night, and I found myself in the predictable conversation of how everybody's kids are doing and what they've been up to since last we met. You know the discussions I'm talking about. So-and-so made varsity baseball. So-and-so got her permit. So-and-so hates pre-calc. So-and-so blew out his knee in the long jump. It's usually pretty casual stuff and meant to keep minds busy until the appetizers come.

We were lazily meandering through the topics of sports, clubs and academics and I happened to mention that one of my kids (which we will hereafter refer to as "child one") loves meteorology right now and may decide to focus on that when choosing a college. (Meteorologist or Minecraft aficionado. It's six of one and half dozen of the other. Child one likes to keep the options loose.)

One of the women that attended the party is a RINO of the "I'll vote for Hillary before I'll vote for Trump" persuasion, and she quite bubbled in triumph at the prospect of any of my children finally being handed over to the eco-profs for proper reeducation and induction into the "this is how the best people think" club.

"What size "Feel the Bern" tee shirt should I pick up as a graduation gift?" she giggled in delight.

Got that? For the privilege of studying the climatic conditions suitable for EF-3 tornados, child one must become a communicant in the Church of Radical Environmentalism. If unwilling to be proselytize, child one can look forward to a promising career in hamburger flipping.

How nice it must be to be a progressive. Being liberal means never having to hand your child over for indoctrination. The children of progressives have been brainwashed from birth, and they generally earn their bragging rights in the third grade during language arts class when they properly explain how to self-administer the morning after pill.

Consider the progressive privilege of it all. "I think that's a great field of study. Just remember that you'll have to deal with a lot of conservative professors if you decide to pick that school," said no progressive mother ever, but conservative parents have to barter away their children's value systems for an extortionate degree in uselessness.

The real fight for the culture is in making progressive mothers worry that all their hard work will be for naught just as conservative mothers do today. It's time to take the fight to them. We do that by pushing civics lessons in everything we do, everything we say, everything we produce.

But the philosophy of a "super-delegate" is. I mean, seriously. A super-delegate. A what?! Anyone want to explain why the Dems need super-delegates if they're the party of inclusion? We're all equal but some of us are more equal than others? So much for one man, one vote. But conservatives are trying to bring back Jim Crow laws? The same Jim Crow laws that were an invention of the Democrat Party? What next? Poll Taxes? That is exactly why we fail to win back the culture. The Dems engage in elitism and electoral larceny but conservative belong to the party of privilege. Go figure.

By Illinois ReviewIn a Facebook post on Tuesday, former...
Previous article
Two out of three likely voters angry with feds; even more furious with Congress
Next article
Conservative Solutions PAC takes on Kasich