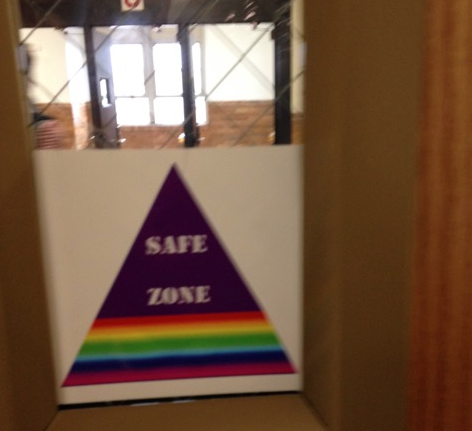 DOWNERS GROVE – Gender neutral bathrooms and changing areas will be designated this spring at Downers Grove North (DGN) and South (DGS) high schools in the next month or so, students were notified this week via email.

A Downers Grove North student says he wants his identity to remain anonymous for fear of grade or activity retribution, but he believes parents should be made aware of the changes taking place.

"This issue is not being discussed in our classes, and it's being purposely kept quiet by the administration," the student told Illinois Review. "They have not notified parents, and I think parents should know what's going on."

"I'm not a transphobe or a homophobe," the student said. "I just think parents and taxpayers should know what's going on. I'll admit I'm concerned about what will happen to my grades if they found out who is going to the media."

A copy of an emailed survey sent to students this week from the school's Omega newspaper editor Abbe Murphy. In it, she notified the students:

This upcoming spring, one gender-neutral bathroom and several private PE changing areas will be created at both DGN and DGS. One of the current single-occupancy faculty restrooms on the first floor will be marked by a gender-neutral sign and will be available for any student and faculty member to use. Private changing stalls will be installed in both the boys and girls PE locker rooms to accommodate students as well. District 99's office said their communications officer was on vacation and would be returning Monday for comment.