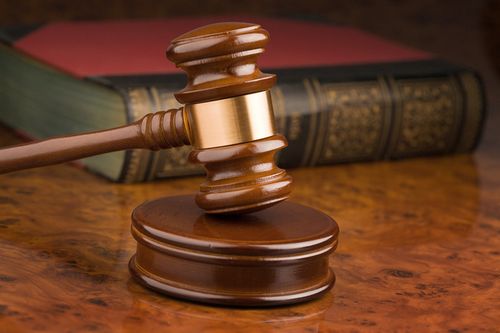 ELMHURST - Few aspects are more challenging for voters than finding out which judicial candidates represent their worldviews and their ideals, and which have served with distinction. And more and more as judges not only interpret the law, but edge towards setting legislative precedent and making public policy, serious voters are demanding more information before going to the polls.

That's exactly why the Illinois Civil Justice League (ICLJ) has put together a judge and judicial rating system for March 15th primary election candidates. The initiative called Judges: Good and Bad-You Can’t Afford to be Indifferent can be found at illinoisjudges.net.

The ICJL judicial ratings show that Cook County is offering voters a number of candidates with Highly Recommended or Recommended ratings. That good news, however, is tempered by the fact that three judges in downstate St. Clair County have received Not Recommended ratings due to questions about their integrity.

“The ICJL invited judicial candidates and judges running in the Primary Election to submit answers to questions about their careers and candidacies in their own words which the ICJL then published in unedited form on its website, illinoisjudges.net,” according to John Pastuovic, President of the Illinois Civil Justice League.

The ICJL gave the rating of Recommended to judges or judicial candidates they believe have demonstrated a satisfactory level of competency in regards to their legal and/or judicial careers, and/or who have demonstrated their commitment to educating the voters about their background, experience and viewpoints on the judicial system.

The Highly Recommended rating was reserved for candidates or judges who have demonstrated a high level of competency based on those criteria.

The rating of Not Recommended was assigned to candidates or judges who have judicial records or campaigns that have left the ICJL with questions about the integrity, impartiality, fairness, or conduct of the candidate, judge, or their campaign. Additionally, the ICJL reserved the right to take No Position on a candidate or judge who did not return the questionnaire, and/or their candidacy left the ICJL insufficient information to assign a rating.

“We are pleased to report that voters, particularly in Cook County, will have the opportunity to vote for a number of candidates who will bring a high level of knowledge and experience to the bench,” Pastuovic commented.

In contrast, the ICJL said they are "compelled" to draw the voters’ attention to three judges whose actions – in their opinion – disqualify them to serve.

“St. Clair County Chief Judge John Baricevic and Circuit Judges Robert LeChien and Robert Haida, all of whom were facing an uphill retention election which requires 60 percent voter approval in November, have purposefully gamed the system. Instead of running for retention, they subverted the process by turning in their resignations effective Dec. 4 and filed as candidates in the March 15 primary, where they would only need a simple majority to win,” Pastuovic continued.

“While none of these three judges have primaries, it is critical that voters in St. Clair County are aware that with this maneuver, these judges ignored the intent and spirit of the Illinois Constitution and are deemed Not Recommended.  Moreover, their behavior is just another example of why Illinois must reform its civil justice system,” he concluded.

The ICJL’s ratings for judges and judicial candidates are as follows:

Additional recommendations will be made for general election contests and retention contests later in the year.  For more information, visit illinoisjudges.net.