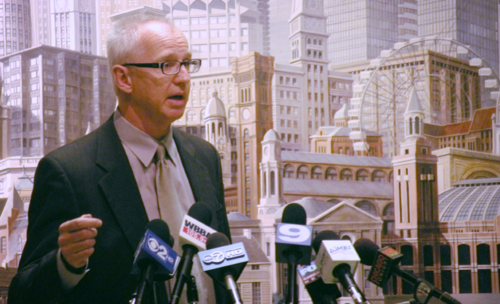 CHICAGO – Thirteen Chicago GOP ward committeemen will be fired at Wednesday night's Cook County GOP convention for either having voted in the Democrat primaries over the past eight years and being accused of illicit behavior.

While Cook County GOP Chairman Aaron Del Mar gave Daily Herald's Kerry Lester a slightly different version in which he took sole credit for the move, a press statement sent out this afternoon says the Cook County GOP and the Chicago GOP worked together to make the "move to end Democrat control over several Republican ward organizations."

In one case, a faux GOP committeeman was expelled because he allegedly committed multiple felonies, including solicitation of murder.

At the end of 2014, Madigan and former Democrat Governor Pat Quinn signed into legislation changes to the election code which transferred control of election judges from the Republican County Chairman to local Republican ward organizations.

The changes gave Democrats incentive to run loyal Democrats for Republican ward committeeman so that they could control all of the election judge positions in the polling place. By law, the ward committeeman from each party is allowed to appoint half of the election judges. Complete Democrat control would bar Republican party representatives from a polling place, opening the door to voter fraud.

In response to Madigan's moves, Republican committeemen made changes to the bylaws of the Cook County Republican Party disqualifying any committeeman who had taken a Democrat ballot in a recent election.

"The city and county parties worked together to make this happen," the statement said.

Del Mar told the Daily Herald he will not be seeking re-election as Cook County GOP Chairman Wednesday night.

Yes, I do plan on running, and if I am ever so fortunate to be elected I plan on the following:

Provide politics tools and training  to committeemen as needed

Sync the county party and efforts with the state party for greater efficiencies, and effective results

More to come after the meeting.