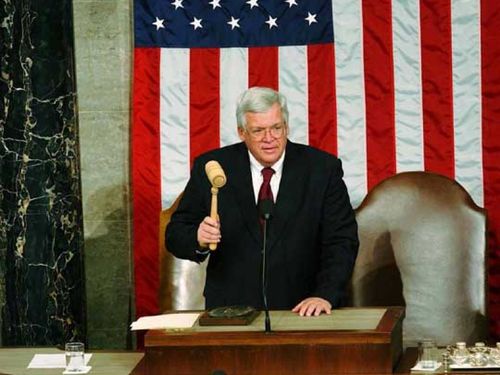 CHICAGO – Never a disappointment with the conclusions he draws, Chicago Tribune columnist John Kass declares Friday that former House Speaker Dennis Hastert deserves no sympathy as he faces Judge Thomas Durkin for sentencing at the end of the month.

Hastert has pled guilty to illegal money laundering, leaving four alleged sex abuse victims that will never see justification for the despicable acts Hastert committed on them while he was a high school coach in Yorkville.

But besides that, the longest-serving House Speaker, did his best to overrule former Senator Peter Fitzgerald by stepping in to stop Fitzgerald from appointing a federal prosecutor that would focus on enforcing the law over favoring partisan cronies.

Sen. Fitzgerald picked Patrick Fitzgerald (no relation) as the federal prosecutor in Chicago. The White House went along. The Combine lost. If you follow corruption in this corrupt state, you know the rest of the story.

As payback, Hastert and the Illinois Republican Party refused to endorse Peter Fitzgerald, the incumbent Republican senator, for re-election.

Peter Fitzgerald was run out of politics. And a new fresh face, a Democrat, was elected senator from Illinois: Barack Obama.

The rest of Kass' column is HERE.