Speaker Madigan agrees with Susan Sarandon: Education is a right 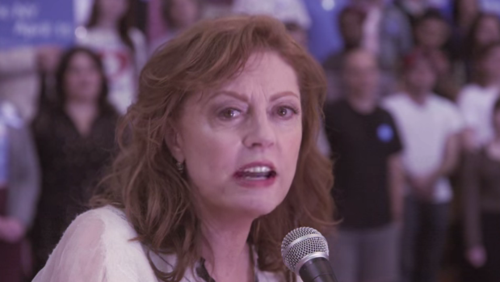 This week, Speaker Madigan told the panel of lawmakers he wants to raise the amount the state assists local districts for 34 percent to 51 percent, so local districts aren't so reliant on property taxes.

With that, he wants to change the bolster the constitution's language to refer to education as a fundamental "right." Right now, the state constitution calls education for the state's children a "goal."

It's an incremental step, but a monumental one that opens a lot of questions. While most people assume the Speaker is focusing on K-12 education for all, what's to prevent that "right" applying to higher education?

In a new 5-minute ad for Sanders, Sarandon says, "We live in the greatest country in the world, and yet so many of our citizens can't get an education. And if they do, they end up paying their student loans for the rest of their lives. Education is a right, not a privilege."

Soon after in the Sanders ad, "The Good Wife" star Alan Cummings says, "I'm from Scotland, right? It's not a particularly rich country. It's not nearly as wealthy as the United States of America, for example. Yet, everyone in Scotland has free access to education and health care. Why don't we have that in America? Hmmm??"

And Bernie Sanders himself chimes in, "We should not be punishing people for getting an education. And instead of giving tax breaks to billionaires or fighting wars we should not be fighting, we'll be investing in housing and education."

It's about creating a political revolution, Sanders says: