Higgins: Alliance to Censor Speech on the Internet 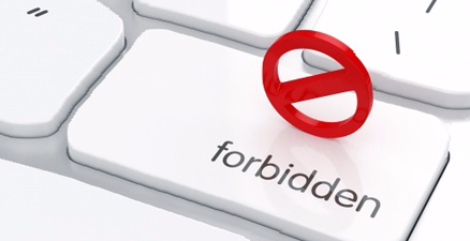 A National Review article warns of a troubling new collaboration between the European Union (EU)and social media sites including Facebook, YouTube, Twitter, and Microsoft to police and censor the Internet.

In a document with Orwellian overtones titled “Code of Conduct on Countering Illegal Hate Speech Online,” the EU announces this unholy alliance. While offering a token commitment to free speech,  assuring protection of even ideas “that offend, shock or disturb the State or any sector of the population,” the dominant commitment is to suppressing “hate speech.”

This document makes clear that part of the motivation for global censorship is combatting the use of the Internet to advance terrorism, which is certainly a worthy goal. Unfortunately, the presumptuous “progressive” project to impose leftist moral and political views on the entire world corrupts even worthy goals.

For clarification of what constitutes “illegal hate speech,” this new alliance (henceforth referred to as Big Brother) directs readers to a document titled “Acts Adopted Under Title VI of the EU Treaty” which states that “‘Hatred’ should be understood as referring to hatred based on race, colour, religion, descent or national or ethnic origin.’” “Hatred should be understood as hatred”? Say what?

The initial structure of the sentence suggests a definition of “hatred” is forthcoming, but instead what follows is a list of conditions (i.e., “race, colour, religion, descent or national or ethnic origin”) toward which rhetorical hatred maynot be expressed.

The list of conditions that these Internet language police seek to protect from public expressions of “hatred” is neither exhaustive nor fixed. Big Brother’s anti-First Amendment Code of Conduct concludes with this portentous statement:

To this end, regular meetings will take place and a preliminary assessment will be reported to the High Level Group on Combating Racism, Xenophobia and all forms of intolerance by the end of 2016.

This sentence is poorly constructed in that a grammatically correct reading suggests that it is condemning the forms intolerance could assume. The forms of intolerance could be, for example, hurling epithets at or urging assaults on members of the six groups. But since the phrase “all forms of intolerance” is included in a list that alludes to conditions for which persons may be hated (i.e., racism alludes to race and xenophobia alludes to national origin), it is clear that Big Brother is expanding the groups toward which “intolerance” may not be expressed.

So what might those unnamed groups be? What other groups identifiable by some shared trait might the Internet censors believe must be free from “intolerance”? Perhaps a speech given by the EU Commissioner for Justice, Consumers and Gender Equality can help us discern the gerrymandered boundaries of Internet safe spaces.

Here is an extended excerpt from a speech delivered last October by EU commissioner Věra Jourová to the European Region of the International Lesbian, Gay, Bisexual, Trans and Intersex Association (ILGA-Europe):

I am pleased to lend my support to this vibrant space for discussion on LGBTI rights in Europe and beyond.

We have recently seen homophobic statements made by a number of political leaders. At the United Nations General Assembly in September, First Vice-President Timmermans made it clear that human rights are for everyone and LGBTI people must not be an exception. I fully endorse his views and will not hesitate to speak out against homophobia and transphobia.

We are also seeing that a narrative undermining LGBTI rights is quietly spreading, often disguised as so-called religious principles. This is unacceptable.

First Vice-President Timmermans and I recently held a conference in Brussels on antisemitism and islamophobia, where we also discussed online hate speech and how to combat it. It is clear that we must fight all hate speech, online and offline, whatever group of society it targets. We will work with internet providers to ensure hate speech is taken off the web as soon as it’s reported.

[W]hen it comes to social acceptance of LGBT people in daily life situations, respondents are less accepting. Less than half of respondents (44 percent) say they would be comfortable if their son or daughter had a relationship with a person of the same sex, and only 49 percent are comfortable with gay couples showing affection in public. For transgender people, the levels of acceptance are also low….

What we need is to raise awareness of the benefits of diversity. To this end I will launch an EU-wide campaign to promote LGBTI-equality in 2016….The campaign will be part of Commission’s wider effort and actions I plan to implement in coming years to ensure the rights of LGBTI people and their acceptance are enforced.

If we want to move the equality agenda forward, we need a united effort from civil society, businesses, straight allies and national governments.

Lest the naïve among us mistakenly believe that Jourová is solely concerned with existential threats against particular groups, take note of one of her concerns: In this speech in which Jourova condemns hate speech and commits the EU to wiping it off the Internet, she offers parental “discomfort” with a son’s or daughter’s homoerotic relationship as something that society, the world of commerce, and national governments should unite to change.

Another clue as to what constitutes “intolerance” can be found in an EU document titled “Homophobia and Discrimination on Grounds of Sexual Orientation and Gender Identity in the EU Member States”:

The term ‘hate speech’, as used in this section, includes a broader spectrum of verbal acts drawing upon or expressing homophobia and/or transphobia in degrading or disrespectful public discourse. Based on available data, it is possible to identify at least three types of hate speech as having particular importance in a homophobic context: hate speech by public figures, hate speech by public religious figures and hate speech published, often anonymously, on the Internet.

[A]nti-LGBT statements are mainly articulated by conservative politicians and religious (Catholic, Lutheran or Evangelical Christian) public figures. These statements draw mainly upon the theme that LGBT persons and ways of living constitute a threat to society….it became clear that certain types of arguments were being used over and over again to speak out against lesbians and gays’. Among these are arguments:

To the EU, any expression of the belief–including religious belief–that homoerotic activity is immoral or contrary to the health and integrity of the family and the larger community constitutes hate speech. Chew on that subversive idea for a while.

To tolerate means to put up with or endure something objectionable. It does not mean approving of all actions or ideas or refraining from criticism of actions or ideas. And hatred of pernicious ideas does not constitute hatred of persons who espouse those ideas. Will this newly formed alliance of speech vigilantes make these distinctions? Doubtful.

Rather, it appears that in the service of expunging from the global public square ideas leftists don’t like, this alliance will, with Comstockian fervor, whitewash the Internet.

By Illinois ReviewIn a Facebook post on Tuesday, former...
Previous article
Rhoads: Buckle Up for a Wild Ride
Next article
Here’s Where Every Republican Governor Stands on Donald Trump