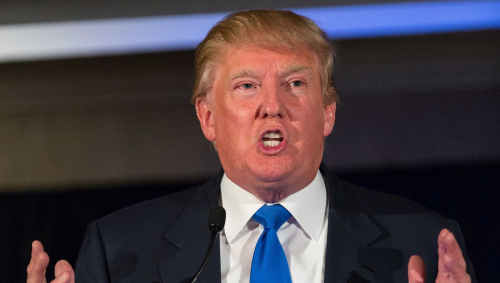 Mrs. Uihlein and her husband Dick have donated millions to conservative candidates and causes over the years. Mr. Gidwitz is known to financially support and raise funds for Republican candidates such as Bruce Rauner and served at one time as the IL GOP's Finance Committee chairman.

“Having so many long-time supporters eager to come on board signals our nationwide fundraising effort is continuing to gain steam months ahead of Election Day,” said RNC and Trump Victory Finance Chair Lew Eisenberg. “The effort to build national support began the first week in June and continues to gain momentum. We believe that this list will continue to grow in the weeks ahead. Our Victory Finance Chairs in the states are ready to work hard to raise the support we need to keep Hillary Clinton out of the White House, and I’m confident their efforts will also make a difference in our Party’s mission to keep our majorities in the House and Senate.”

“I am excited to have so many individuals committed to victory joining our team,” said Donald J. Trump for President Finance Chairman Steven Mnuchin. “Having experienced fundraising and business leaders in place means we are well-prepared for the long fight ahead against Hillary Clinton, and I expect their efforts will fuel enthusiasm in their states for electing Donald Trump president.”

See below the complete list of State Victory Finance Chairs:

By Illinois ReviewIn a Facebook post on Tuesday, former...
Previous article
11th CD could be a race to watch in November
Next article
#ProudAmerican : Marian Anderson and the DAR