Most churchgoers are hearing politics from the pulpit: report 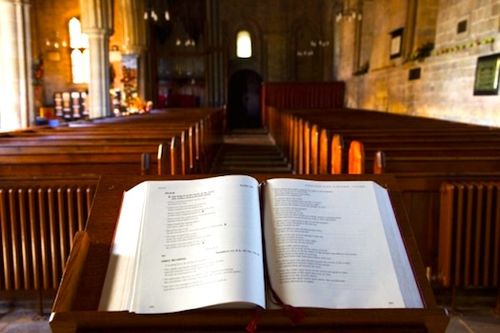 WASHINGTON - Most American churchgoers are hearing politics from the pulpits of their churches during this presidential election season, according to a new survey.

Nearly two-thirds of the respondents (64 percent) in the survey released Monday (Aug. 8) by the Pew Research Center say their clergy have spoken about at least one political or social issue in the spring and early summer.

And 14 percent said their pastors even have spoken about a specific presidential candidate. That’s even though churches can be stripped of tax-exempt status for endorsing or opposing a candidate under the Johnson Amendment, which both Donald Trump and the Republican Party platform have said they want to repeal.

But more than three-quarters of all recent churchgoers say the political talk happens “only sometimes, rarely or never,”

Most often, that comes in the form of remarks on political or social issues, according to Pew.

Hot topics included religious liberty and homosexuality, with about 40 percent of recent churchgoers saying they’d heard about either one of those two topics. That was followed by abortion (29 percent) and immigration (27 percent) and, less frequently, environmental issues (22 percent) and economic inequality (18 percent).

By Illinois ReviewIn a serious blow to Illinois Gov....
Previous article
Di Leo: Hillary Clinton and the Recoveryless Recovery
Next article
Hultgren: How to stop the next Bernie Madoff