Ives: What Does $400 Million Buy in Illinois? 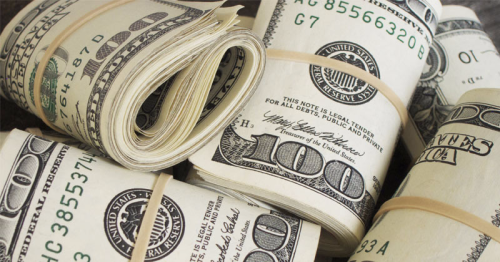 Anyone paying attention in Illinois knows government operations are being held together with promissory notes, shoe laces and chewing gum. Most also probably know that all sorts of social service providers and parents of college students have been howling to get their funding.

For perspective then, what’s the opportunity cost of $400 million?

Here’s just a few examples of what $400 million can buy in Illinois, as verified by state agencies:

First, $400 million would fund MAP grants (monetary assistance for college) at 123% of the funding they received last year. Instead of giving grants to 347,613 students, we could more than double the number of students given assistance.

Last year we spent $393.7 million on Early Childhood Education for 265,000 children. If you’re an advocate of this program, know that $400 million would more than double the number of children served.

Want to fund “Meals on Wheels” programs? We could fund it 23 times over with $400 million.

Do you think we need to spend more on drug addiction treatment and counseling? You could help three times the number we do now, and provide treatment for 70,000 drug addicted individuals.

Roads are crumbling throughout the state, perhaps we should invest an additional $400 million into them. We could build, from the dirt up, 80 miles of new 4-lane highway in the rural areas or 44 miles in the suburbs. Alternatively, we could resurface 320 miles of 4-lane highway or expand 100 miles of our interstates from 4 lanes to 6 lanes.

In Illinois we rank 47th in the nation in delivering services to the developmentally disabled. There are over 18,000 individuals on the PUNS list, a list parents put their disabled kids on early in life hoping they will cue up for services by the time they age out of the system at 22 years old. Supporting these children and families is one of our society’s most important moral duties. With $400 million more we could move 81% of those on the PUNS list into home based services. Or, with that money, the state would have 52% of the amount needed (estimated $769 million) to move half of the PUNS list to home based care and the other half to a CILA (Community Integrated Living Arrangement.)

But here is what $400 million more of your Illinois tax dollars will go to instead: teachers’ pensions. The Teacher’s Retirement System lowered their investment target from 7.5% to 7%, leaving taxpayers to pick up the additional cost of over $400 million next year for that one assumption change to one pension system.

Currently, nearly $0.25 of every $1.00 that Springfield appropriates from general revenues is spent on pensions. Between FY15 and FY17 pension costs went up by $1 billion. TRS retirees who worked 30 years or more will contribute on average $153,900 and receive over $2 million in benefits. You can never make that math work. There is simply no way to tax, invest or borrow our way out of this crisis. Ever. And the opportunity costs of these systems have an enormous impact on other state programs.

Families and businesses in Illinois are being hurt in a way they have never been hurt before. “Business as usual” in Illinois hasn’t been working for a long time.  So, if you care about any of the initiatives listed above, start howling for pension reform. You now have 400 million more reasons to do so.