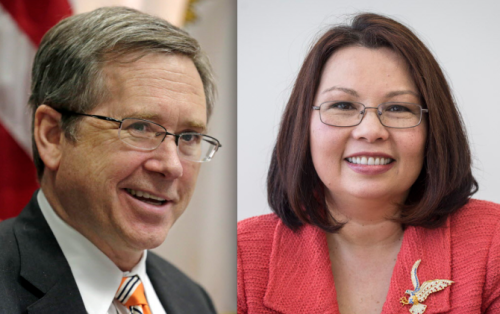 NORMAL – While Donald Trump made headlines this week with his visit to Mexico and the roll out of his 10-point immigration reform plan, neither Republican U.S. Senator Mark Kirk nor his Democrat challenger Tammy Duckworth agree with Trump's plan.

Illinois Farm Bureau’s 80,000 members are calling for "commonsense solutions" for the immigration dilemma in 2017.  The Bureau wants reform to "provide incentives to keep experienced guest workers in agricultural jobs and provide opportunities for new immigrant workers in the future."

The Bureau argues that immigrants are beneficial to Illinois' economy because -

Kirk, who has held the Senate seat since 2010, described himself as “pro agriculture.”

Duckworth, in her second term in the U.S. House, described farmers as “key to the strength of this nation.”

Both candidates presented their ag platforms and fielded questions on various ag-related topics, including:

By James P. Economos DDS, DDSGiven the recent amount...
Previous article
Is the Unemployment Rate Lying to You?
Next article
RNC’s Priebus: FBI report shows Clinton disqualified herself from presidency