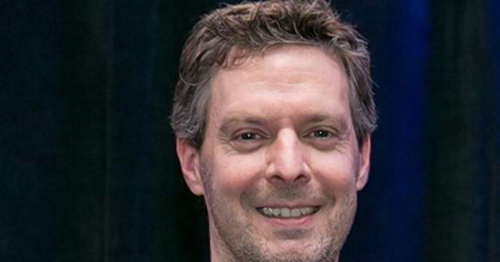 Tuesday, Ladd publicly blasted the state's incumbent Republican U.S. Senator Mark Kirk in Forbes.com because Ladd sees Senator Kirk as "a bitter disappointment, slipping into the timid habits of the party’s other moderates." Now, Ladd predicts, Illinois voters are about to bring him home.

Ladd's condemnation of Kirk isn't because Kirk is too liberal. In the 30 year Republican's eyes, Kirk isn't liberal enough.

In July's resignation letter, Ladd criticized the Republican Party for "the Iraq War, the financial meltdown, the utter failure of supply-side theory, climate denial, and its strange pursuit of theocratic legislation."

Yet, Ladd wrote, it seemed that "America’s party of commerce, trade, and pragmatism might still have time to sober up."

"Remaining engaged in the party implied a contribution to that renaissance, an investment in hope. Donald Trump has put an end to that hope," Ladd said.

His disgust with Kirk is from the opposite end of the spectrum. Kirk didn't work to stop Senator Ted Cruz and Senator Rand Paul's filibusters.

And Kirk is two-faced, Ladd said in the Forbes' piece:

Facing friendly audiences in Illinois Kirk admits to being pro-choice. When he gets to Washington his pro-choice credentials are hidden in some obscure Senate closet, only taken out be used on votes with no consequence. Kirk has refused to support Donald Trump, but like almost every other prominent Republican he has done so quietly and ineffectively, in a manner calculated to deliver the weakest impact. On issue after issue, Kirk lines up with Illinois voters until he leaves the state. In the face of opposition from other Republicans in Washington, Kirk takes the safe route.

Ladd closes his argument taken to the national stage with these words:

Until someone in the Republican Party is willing to take a visible, courageous stand for sanity in the style of John McCain circa 2000, there is no reason to keep electing them. Any vote for a supposedly “sane” or “reasonable” Republican unwilling to confront the party’s extremes is a vote for those extremes. Electing Mark Kirk is a mistake Illinois voters are unlikely to repeat.

Apparently, Illinoisans are beginning to agree with the left-leaning Ladd and the most conservative Republicans about Kirk. Latest polls show Democrat Tammy Duckworth leading Kirk by six points.