Thorner: Get your kids out of government schools now 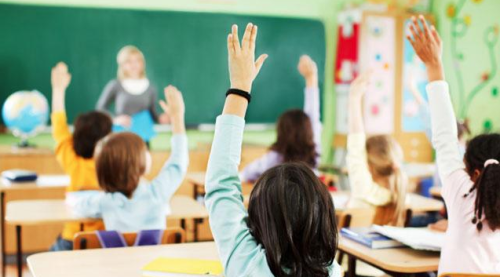 "Get your kids out of government schools now" is what American parents should do, the author of a new book on the nation's education system says.

Crimes of the Educators by Alex Newman and Samuel Blumenfeld, who passed away in 2015, sets forth how 1) the education establishment is a criminal enterprise; 2) how treason exists in the deliberate dumbing down of this nation to overthrow our system of government; 3) how child abuse is taking place by the deliberate harming the mind of a child, even physically; and 4) how our education system to contributing to the delinquency of a minor through pornographic sex "education" and effects.

In addition to serving as president of Liberty Sentinel Media, Inc., he currently serves as a foreign correspondent for The New American and is a contributor to WND.  His work has been cited by government and major media outlets around the world, and he is a frequent guest on radio shows, TV programs, and at conferences.  Newman also serves as a director for the organization Bear Witness Central, which works to protect and preserve the U.S. Constitution.

Reaching back to Early America, Mr. Newman noted how literacy was far reaching and wide spread in Early America. It was John Adams who said:  "A native of America who cannot read or write is as rare an appearance…as a Comet or an Earthquake."  Jefferson bragged how US farmers are the only ones on Earth who read Homer.   According to the stats on men from Literacy in Colonial New England by University Montana scholar, Kenneth Lockridge, here are some astounding figures:

By early 1800's there was near-universal literacy, including for women, according to Joel Perlmann of Bard College and Boston College's Dennis Shirley in their study on female literacy in early America. This study published by DuPont de Nemours in National Education in the United States of America in 1812 cites:

"Most young Americans, therefore, can read, write and cipher.  Not more than four in a thousand are unable to write legibly — even neatly."

For Early Americans reading was important to read the Scriptures. The Old Deluder Satan Act of 1647 in Massachusetts Bay Colony said children must learn to read because "one chief project of that old deluder, Satan, is to keep men from knowledge of Scriptures." The New England Primer was the most widely used book to teach children when home schooling was the norm, until it was supplanted in 1790 by Noah Webster's Blue Book Speller.  Literacy was likewise widespread during the Civil War era.

Four studies were cited by Alex Newman which paint a deplorable assessment of today's literacy.

1.  A federal literacy study in 1993 found that half of adult Americans could barely read.

2.  The same was true in 2003 when a NCES National Assessment of Adult Literacy found close to 50% barely literate.

3.  Specific to Washington, D.C. residents, over 2/3 of residents over age 15 are functionally illiterate.

4.  Reported by the Jeb Bush Foundation for Excellence in Education, over 80% of 18 years olds are unprepared for college work and one third can't pass military entrance exams.

Regarding education at the public school level, Newman presented these disturbing facts.

1. According to the National Assessment of Educational Progress, less than a third of students in eighth grade can read proficiently.

3.  SAT scores are still on the way down, with constant re-centering to conceal dumbing down.  The smart kids of today are dumber than were kids in the 1950's, despite a trillion dollars now being spent on education.

4. Middle school tests from 1900 are now far too hard for most college graduates today.

Horace Mann credited as "the father of American public education"

How did education in this nation evolve into such a sorry state of affair?  Horace Mann is given credit as "the father of American public education."  Appointed in 1837 as the first Education Secretary ever in Massachusetts, Horace Mann promoted the Prussian model of education nationwide.  It was through his travels to Prussia, that Mann became impressed by the Prussian model of compulsory, government-run, statist schooling with state-trained teachers until age 16.

In Boston Mr. Mann pushed the "whole word method" of reading over phonics.  The whole word method of reading was first developed in the 1830's by Reverend Gallaudet to teach deaf children to read. The whole word, look-say, sight method teaches reading English as if it were Chinese, with the memorization of words, even though our alphabet is phonetic.  After only a few years, 31 Boston schoolmasters in 1844 published a blistering critique of the "new method" for teaching reading, claiming that the method produced dyslexia, permanent reading disability, and hatred of reading.

Having failed miserably, Mann's whole word method was abandoned and largely buried for almost another 100 years, but this was not so for Mann's so-called "Prussian Model" of education.  In the 1850 compulsory attendance laws began to spread across northern states.  By 1900, despite major resistance, 34 states had similar Prussian-style systems with compulsory attendance laws.

Given that mandatory government schools were spreading nationwide, Socialist John Dewey managed to seize control of the schools with his plot to deliberately begin to dumb down children.  He realized that control was the way to achieve a "new social order."  Having visited the Soviet Union he applauded the schools for producing collectivists and cited Looking Backward as a model appropriate for the U.S.  John Dewey understood, like all utopians, that controlling education is the key to crushing liberty, Biblical values, etc.

With Rockefeller money Dewey took over Columbia University and other colleges and universities so future teacher could be trained to promote the central element of Dewey's plan: The "whole word" reading method in school.  Taking over teacher colleges was a fool proof system, as every grade-school teacher has to go to a teachers' college or schools of education; every teachers' college gives at least one course on how to teach reading; and every one of those textbooks is written by one of the high priests of the word method.

To implement the control necessary to produce a New World Order, Dewey teamed up with cohorts who had studied under Wilhem Wuntz at the University of Leipzig to introduce psychology in the schools.  Many other of Dewey's cohorts were eugenicists, evolutionists, and humanists. Democracy and Education was published by John Dewey in 1916.

Many are now familiar with how President Obama gave waivers from NCLB and bribe money via stimulus payment to states and school districts for them to sign on to Common Core, but did you know that the only two subject-matter experts on the Common Core Validation Committee refused to sign off on the curriculum for Language Arts and Math?  Dr. Sandra Stotsky was at odds with the Language Art Common Core curriculum which she thought reduced critical thinking and stripped classic literature from the Language Arts requirement.  Dr. James Milgram found the Math standards unclear, confusing, and in some cases based on inaccurate math.  A word of caution:  Not only is the dumbing down happening in our government schools, but it's being accelerated.  Catholic schools, private schools, and homes schoolers are all in cross hairs.

Despite having been exposed as quackery since 1844, Common Core uses the sight words/whole words method with a sprinkling of phonics, promoted as a "balanced approach" to reading.  Kindergarten students are given monthly lists of high-frequency words they must learn by sight (the, of, to, you, she, my, is, are, do,does).

In regard to the next generation of Science Standards developed by Common Core for Elementary-school students, instruction teachers children that human activities, such as the release of greenhouse gases from burning fossil fuels, are major factors in the current rise in Earth's mean surface temperature which is causing catastrophic global warming.  Regarding evolution, it is being emphasized as "fundamental", even though more than half of Americans reject the theory in scientific polls.

Few individuals realize that UNESCO was founded for the purpose of bringing about global government, socialism, and humanism through education.  In 1949 UNESCO presented a series on using schools to combat family attitudes.  UNESCO runs programs on "Education for Sustainable Development" and "Education for World Citizenship."  Bill Gates is actively involved through his UNESCO deals.  Training manuals by UNESCO push sex-ed starting at the kindergarten level, the whole-word method of reading, humanism, and multiculturalism.  Children are taught to see themselves as part of the greater whole.

Robert Mueller, author of The World Core Curriculum, was a disciple of Lucifer Publishing founder Alice Bailey.  The current head of UNESCO, Irina Bokova, is an actual Communist Party operative.  Arne Duncan is involved as a UNESCO "global partner," creating "green" global citizens by using education as a "weapon" to "change the world."  Duncan previously served as Chief Executive Officer of the Chicago Public Schools under Richard Daley.   From January 20, 2009, until he resigned at the close of 2015, Mr. Duncan served as U.S. Secretary of Education, having been appointed by President Obama,

Alex Newman shared the following list of suggestions to help confront what is happening in our public schools to destroy American's children, so freedom can exist and real education can takes place:

Get your children OUT of government schools NOW.

Teach reading with systematic, intensive phonics as opposed to the whole word method.

Abolish the U.S. Department of Education.

Restore Bible and God in school.

Educate yourself on the threat.

Run for school board or other office.

Pray for America and our children.

In 1983, Ronald Reagan's National Commission on Excellence in Education in its publication, A Nation At Risk, concluded:

"If an unfriendly foreign power had attempted to impose on America the mediocre educational performance that exists, we might well have viewed it as an act of war."

"The educational foundations of our society are presently being eroded by a rising tide of mediocrity that threatens our very future as a Nation and a people."

Fast forward 33 years and what Reagan predicted in 1983 has been realized through Common Core.  UN reports and top world leaders openly boast of their globalist plot to create a top-down, planned, and regimented society that is completely at odds with the U.S. Constitution, national sovereignty, individual liberty, God-given rights, Judeo-Christian values, and Western traditions