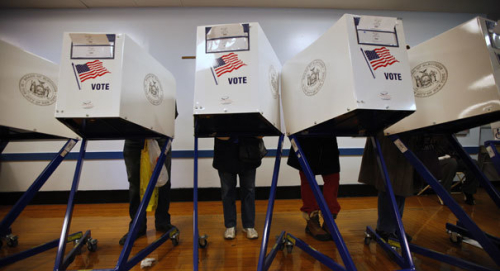 WASHINGTON – One point American voters made clear Tuesday night is "Republicans, here's your chance to deliver – fix the economy, and set America on the road towards a brighter future."

In January 2017, Republicans will hold majorities in the U.S. House and U.S. Senate – as well as the White House with the election of a President Donald Trump.

Pressure will mount immediately as both houses of Congress begin the process of deciding leadership for the next legislation session – will members want leadership change to match the calls of voters in their districts, or will they stick with the leadership now in place?

Illinois Republican incumbents U.S. Senator Mark Kirk and Congressman Bob Dold – two of the most liberal GOPers in their respective chambers – will not return to office next session.

By James P. Economos DDS, DDSGiven the recent amount...
Previous article
Thorner/O’Neil: What Can We Do to Save This Nation?
Next article
Biga: America speaks: The Blue Wall topples