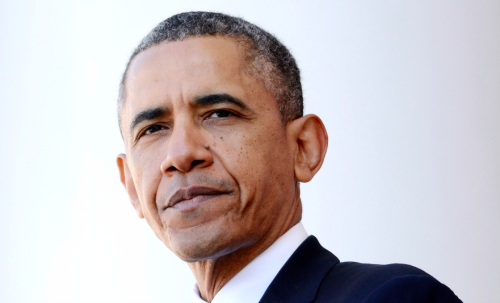 WASHINGTON – Thursday, President Obama ordered 35 Russian personnel out of the U.S. within 72 hours and shut down two Russian compounds located in Maryland and New York. He said in his statement that those actions, plus additional sanctions, were in response to Russia's "malicious cyber activity" and harassment of U.S. diplomats located in Moscow.

Today, I have ordered a number of actions in response to the Russian government’s aggressive harassment of U.S. officials and cyber operations aimed at the U.S. election. These actions follow repeated private and public warnings that we have issued to the Russian government, and are a necessary and appropriate response to efforts to harm U.S. interests in violation of established international norms of behavior.

All Americans should be alarmed by Russia’s actions. In October, my Administration publicized our assessment that Russia took actions intended to interfere with the U.S. election process.  These data theft and disclosure activities could only have been directed by the highest levels of the Russian government. Moreover, our diplomats have experienced an unacceptable level of harassment in Moscow by Russian security services and police over the last year.  Such activities have consequences.  Today, I have ordered a number of actions in response.

I have issued an executive order that provides additional authority for responding to certain cyber activity that seeks to interfere with or undermine our election processes and institutions, or those of our allies or partners.  Using this new authority, I have sanctioned nine entities and individuals:  the GRU and the FSB, two Russian intelligence services; four individual officers of the GRU; and three companies that provided material support to the GRU’s cyber operations.  In addition, the Secretary of the Treasury is designating two Russian individuals for using cyber-enabled means to cause misappropriation of funds and personal identifying information.  The State Department is also shutting down two Russian compounds, in Maryland and New York, used by Russian personnel for intelligence-related purposes, and is declaring “persona non grata” 35 Russian intelligence operatives.  Finally, the Department of Homeland Security and the Federal Bureau of Investigation are releasing declassified technical information on Russian civilian and military intelligence service cyber activity, to help network defenders in the United States and abroad identify, detect, and disrupt Russia’s global campaign of malicious cyber activities.

These actions are not the sum total of our response to Russia’s aggressive activities. We will continue to take a variety of actions at a time and place of our choosing, some of which will not be publicized. In addition to holding Russia accountable for what it has done, the United States and friends and allies around the world must work together to oppose Russia’s efforts to undermine established international norms of behavior, and interfere with democratic governance. To that end, my Administration will be providing a report to Congress in the coming days about Russia’s efforts to interfere in our election, as well as malicious cyber activity related to our election cycle in previous elections.

The White House accompanied the above statement with the following "Fact Sheet:"

Today, President Obama authorized a number of actions in response to the Russian government’s aggressive harassment of U.S. officials and cyber operations aimed at the U.S. election in 2016.  Russia’s cyber activities were intended to influence the election, erode faith in U.S. democratic institutions, sow doubt about the integrity of our electoral process, and undermine confidence in the institutions of the U.S. government.  These actions are unacceptable and will not be tolerated.

In response to the threat to U.S. national security posed by Russian interference in our elections, the President has approved an amendment to Executive Order 13964.  As originally issued in April 2015, this Executive Order created a new, targeted authority for the U.S. government to respond more effectively to the most significant of cyber threats, particularly in situations where malicious cyber actors operate beyond the reach of existing authorities.  The original Executive Order focused on cyber-enabled malicious activities that:

The increasing use of cyber-enabled means to undermine democratic processes at home and abroad, as exemplified by Russia’s recent activities, has made clear that a tool explicitly targeting attempts to interfere with elections is also warranted.  As such, the President has approved amending Executive Order 13964 to authorize sanctions on those who:

Using this new authority, the President has sanctioned nine entities and individuals:  two Russian intelligence services (the GRU and the FSB); four individual officers of the GRU; and three companies that provided material support to the GRU’s cyber operations.

In addition, the Department of the Treasury is designating two Russian individuals, Evgeniy Bogachev and Aleksey Belan, under a pre-existing portion of the Executive Order for using cyber-enabled means to cause misappropriation of funds and personal identifying information.

Over the past two years, harassment of our diplomatic personnel in Russia by security personnel and police has increased significantly and gone far beyond international diplomatic norms of behavior.  Other Western Embassies have reported similar concerns.  In response to this harassment, the President has authorized the following actions:

Cyber threats pose one of the most serious economic and national security challenges the United States faces today.  For the last eight years, this Administration has pursued a comprehensive strategy to confront these threats.  And as we have demonstrated by these actions today, we intend to continue to employ the full range of authorities and tools, including diplomatic engagement, trade policy tools, and law enforcement mechanisms, to counter the threat posed by malicious cyber actors, regardless of their country of origin, to protect the national security of the United States.

By Hank Beckman, Opinion ContributorDonald John Trump is running...
Previous article
Kerry: “Israel can either be Jewish or democratic. It cannot be both…”
Next article
State’s Conservation Police Officers agree to four-year wage freeze