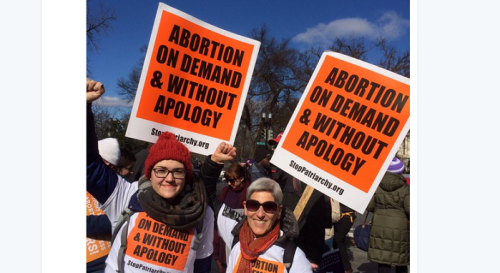 CHICAGO – Democrats moved a bill that would cause taxpayers in Illinois to pay for abortions for low income women and state employees to the governor's desk Monday morning.

In April, Governor Rauner said he would veto the measure. Last week he told reporters he was now undecided. He's been talking to abortion advocates – including his wife Diana – and now pro-lifers are concerned the Republican governor could sign HB 40 into law.

"In 2014, Bruce Rauner promised Illinois taxpayers a tax cut and a 3% income tax rate. Instead, we ended up with a 32% increase in the income tax rate," McSweeney said.  "On April 14th, Governor Rauner promised Illinois citizens he would veto HB 40, which would expand state funding for abortions. I sure hope that Governor Rauner actually keeps this promise."

Illinois Right to Life President Rosemary Hackett made a rare public statement on political issues Monday morning in a mailing to the group's supporters.

"If Governor Bruce Rauner signs HB40, he will be publicly repudiated by pro-lifers throughout the entire state of Illinois," Hackett wrote.

"He promised to veto this horrendous legislation, which would force all Illinois taxpayers to pay for free abortions for those on Medicaid and state employees, which can be done through all nine months of pregnancy and for any reason – even when the unborn child can feel pain and survive outside the womb.

"Illinois Right to Life, alongside Illinois citizens who do not want their tax dollars going toward the, poisoning, dismemberment, and killing of unborn children in abortion, urge Governor Rauner to hold true to his promise and veto HB 40," she said.

For approximately 36 years, Illinois' policy has been that its citizens should not be required to pay for other people’s abortions. Under current law, Medicaid covers abortions for those in the cases of rape, incest, and when the health or life of the mother is deemed to be at risk. House Bill 40 expands Medicaid coverage for abortions, providing free abortions for any reason.