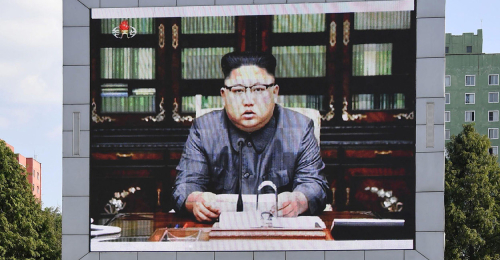 Since being dropped from the terrorism list, Pyongyang has conducted repeated cyberattacks against government agencies, businesses, banks, and media organizations. It has also engaged in: threats of “9/11-type attacks” against U.S. theaters and theatergoers; assassination attempts against North Korea defectors, human rights advocates, and South Korea intelligence agents; and numerous shipments of conventional arms bound for terrorist groups Hamas and Hezbollah. Earlier this year, North Korean agents used VX, the most deadly nerve agent, to kill Kim’s half-brother in a crowded civilian airport.

Moreover, the designation adds to the moral suasion of international efforts to further isolate North Korea—diplomatically as well as economically. In recent years, a growing list of countries, banks, and companies have curtailed their business relationships due to North Korea’s violations of U.N. resolutions, the abysmal working conditions imposed on its overseas laborers, and its human rights violations, which the U.N. says constitute “crimes against humanity.”

Klingner writes that “a comprehensive, rigorous, and sustained international pressure campaign” will make it more difficult for North Korea to obtain components for its nuclear program and can bring the regime back to the bargaining table.

More at The Daily Signal