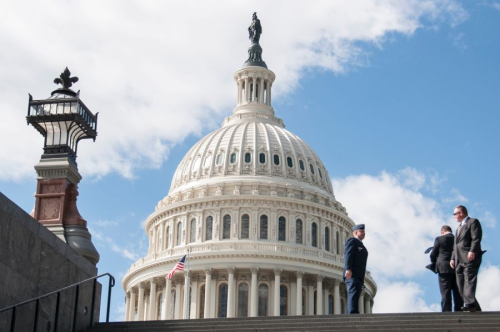 Washington, D.C. – U.S. Representative Mike Bost (IL-12) is opposed to an unelected board in D.C. making decision on Medicare cuts, and led a letter urging Speaker Paul Ryan to protect seniors by incorporating language to repeal the Independent Payment Advisory Board (IPAB) into must-pass legislation by the end of the year.

Bost says if implemented, the IPAB would make recommendations regarding cuts to Medicare with no Congressional oversight or opportunity for judicial or administrative review.

“An unelected board in Washington should not be making decisions on cutting Medicare spending for seniors,” said Bost.  “That’s why I brought together nearly two dozen members from across the country in an effort to encourage leadership to repeal IPAB by the end of the year.  It’s important that we let the American people know we are accountable to them, not a bunch of unaccountable bureaucrats.”

Text of the letter is available here and below.

Earlier this month of H.R. 849, the Protecting Seniors Access to Medicare Act, was an important victory for America’s seniors. This was not the first time the House has passed a measure repealing the Independent Payment Advisory Board (IPAB), but it did have the largest bipartisan support to date, 307-111.

With that margin, the House is clear in its message, that IPAB is one of the most harmful provisions of the Affordable Care Act and must be repealed. It is particularly important that this repeal occur before IPAB is triggered into action by Medicare spending projections and initiates the process of arbitrary cuts – diminishing, in the process, Congress’s role in Medicare policymaking – and undermining access to quality healthcare for millions of seniors and individuals with disabilities.

Our concern is that the Senate may not take up the IPAB repeal in its current form. Not only are there scheduling issues, given the number of large-scale legislative measures and need to confirm a large number of executive nominees, but also the repeal of the IPAB in the Senate has not been as bipartisan as we accomplished in the House. In the Senate, Republicans and Democrats have separate IPAB repeal pieces of legislation, as opposed to the single bill in the House.

We believe the IPAB repeal is too important to our constituents to languish. We request that the language passed in bipartisan fashion by the House be incorporated into a legislative vehicle that must move this year from the House to the Senate and be signed by the President. This would ensure IPAB repeal, which has strong bipartisan support in the House and majority support in the Senate, and allow us to honor our commitment to prevent some of the harmful effects of the Affordable Care Act.