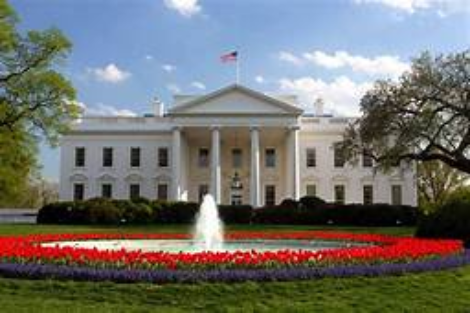 Reflections on Presidents and the Presidency, on Inauguration Day

President George Washington was inaugurated on April 30, 1789, but not by choice.

He had been in town, ready to take office, for weeks already… but the newly-elected Congress took their time arriving, as the president, anxious to get started, had to cool his heels.

They needed a quorum, to ratify the results of the electors, and to put together a republican response to the monarchial tradition of the formal coronation – with all its pomp and circumstance – to which the rest of the world was accustomed. But as much as our Founding Fathers were known for principle, they were sadly not known for punctuality.

In addition to General Washington’s inauguration being so late, another difference between then and now was who administered the presidential oath of office.  There was, as yet, no Supreme Court, there being no President to submit names to the Senate for confirmation, so the oath was administered by his old friend Robert R. Livingston, the Chancellor of the State of New York.

(A bit of sad presidential trivia: the Chancellor requested a position in the new government for which President Washington thought he was unsuited… so his request was declined.  Livingston’s bitterness at not getting the job caused him to join the Jeffersonian opposition, and he fought Washington and the Federalists from then on, entirely out of spite, by all accounts. Many presidents since then have reported that the constant parade of office-seekers remains the most annoying aspect of the job, far more so than the political battles).

For the next century and a half, until the Great Depression, the Presidential Inauguration was always held on March 4 (20).   This changed after the election of 1936; modern transportation and modern communications had long enabled us to know the results of the elections considerably earlier, and this long lame-duck period through March 20 was no longer justifiable.

So, ever since 1937, the American mind has identified January 20 with Inauguration Day (even though, technically, it really only happens every four years, in the January following a leap year… Rumors that presidential elections are held in leap year to give the candidates one more day to raise campaign donations have never been proven, though it may indeed be a fortuitous coincidence)…

Inauguration Day is, in some ways, a very political day, as it represents the culmination of a hard-fought campaign, and the victory of one party over another.

But it can also be viewed apolitically, as this is at heart a very American concept – arguably the first in human history, in terms of large-scale nations – the peaceful transfer of power from one head of state to another, resulting from an election rather than an inherited crown, a rebellion, or a coup d’etat.  Regardless of our political party affiliations, we should all be proud of this powerful tradition.

It has placed “real people” – not just the manor-born, but the people of America, from haberdashers and farmers, to businessmen and military men – into the highest office in the land. (Whether that has always been what the Founders intended or expected, well, is another matter…)

We have certainly seen some characters end up in the White House, many of whom have had interesting tales to tell, both before and after their terms heading up the Cabinet.

So, for a trip down memory lane on this Inauguration Day… a few examples:

One of my favorites is a story from President Lincoln’s service in Springfield, Illinois, when he served as a state representative.

Long before the invention of air conditioning, people tended to leave their doors and windows open for ventilation.  One day, a rival state rep was walking past Abe Lincoln’s office, and saw Lincoln standing next to his desk, polishing his boots with the brush and blacking product commonly used on boots in those days.

The rival rep snarkily said "Well, well, Mr. Lincoln, so you black your own boots?"

And… as the story goes… Honest Abe smiled and snapped back, "Of course I do. Whose boots do you black?"

Coolidge was another of our funniest presidents, but his humor was subtle and often relied on a simple look, or very few words.  Many of his jokes are associated with the dinner table, such as the time when, at a formal dinner, the president looked down at a plate of unfamiliar stew and sighed.  “Bring me the cat,” he said.  When the staff found and brought him the family cat, President Coolidge, relieved that it hadn’t been made into an entrée, willingly took up knife and fork, and commenced dining.

President Coolidge got a kick out of the fact that, as the head of the table, every guest at a state dinner looked to him for cues.  One evening, he lifted his coffee cup off its saucer, picked up the cream, and poured a few tablespoons in the saucer.  He looked up, and saw many of the guests quickly do the same.  He set down the creamer, and so did they.  He then picked up the saucer of cream, and so did they. And then, suppressing his smile to retain his reputation for deadpan humor…  he set the dish of cream on the floor for his cat.

President Wilson was not a funny man… he was the textbook definition of a stuffy, elitist, ivory tower academic, and his policies in office certainly show it. But that doesn’t mean that funny things didn’t HAPPEN to him.

As the story goes, he was once on a Midwest tour and found himself in Hannibal, Missouri, a small town on the Mississippi, a couple hours north of St. Louis. He was standing alone on the street, just basking in the history, and stopped a passerby with the comment “It must be wonderful to live here in the home of Mark Twain, eh?”  The local had no idea what this oddball in a top hat was talking about, and asked “Who?”

Woodrow Wilson was dumbfounded, and you can see why.  Mark Twain remains the most famous person ever to come out of Hannibal!   So Wilson replied along these lines: “Mark Twain! The great author! He’s from Hannibal!”

The fellow shook his head, showing no recognition.   Wilson doubled down:  “But, surely you’ve heard of him… Tom Sawyer?  Huckleberry Finn?  The Innocents Abroad?  Puddn’Head Wilson?”

At that last one, finally, the man showed a spark of recognition.  “HIM I’ve heard of!  Heck, I even voted for the durned fool!”

As Ronald Reagan, the only native son of Illinois ever to hold the White House  (now, don’t recoil in shock… the other three presidents associated with Illinois – Lincoln, Grant, and Obama – arrived as adults. Only Reagan was born and raised here), came from America’s heartland, much of Reagan’s humor was folksy Americana, though he managed to make a political point with many of his witticisms. A few examples:

On politics:  "Politics is supposed to be the second-oldest profession. I have come to realize that it bears a very close resemblance to the first."

On the economy:   "I am not worried about the deficit. It is big enough to take care of itself."

On the lingo that we so often argue about in political campaigns (this one is from the 1980 election): "Recession is when your neighbor loses his job… Depression is when you lose yours…   And Recovery will be when Jimmy Carter loses his."

Most impressive of all, however, is how he was able to keep his sense of humor even in the severe pain of an assassination attempt.  In 1981, when he’d only been in office a few months, lunatic John Hinckley shot him outside an event, and he was rushed to the hospital.  With a bullet in his chest that had ricocheted and done considerable damage, just barely missing both heart and lungs, he reassured the First Lady with the words “Honey, I forgot to duck.”  And before the doctors put him under for the operation, he smiled and said “I hope you’re Republicans,” to which one of the physicians responded – speaking for all America – “Don’t worry, Mr. President; today, we’re ALL Republicans.”

As he lay in his Washington DC hospital bed, he found it easier to write notes than to speak.  One said “Send me to L.A., where I can see the air I’m breathing.”  And another was to recall a line from Winston Churchill:  “There’s no more exhilarating feeling than being shot at without result!”

All these lines, released to a hungry press, helped calm a terrified America as it sunk in that our president had been shot.  One more of his notes in those harrowing hours reminded America of his roots in film before he changed careers to become California’s governor: “If I’d received this much attention in Hollywood, I’d have stayed there!”

The great orator from Boston was not known as a comic, but even he was able to deliver some great lines when he was fired up; this one was so good, when librettist Peter Stone was writing the great Broadway musical “1776,” he didn’t have to change a word to put it in his show:

In addressing his fellow delegates at the Continental Congress, in a moment of his customary fury and frustration, John Adams shouted “I have come to the conclusion that one useless man is a shame… two is a law firm…  and three or more is a Congress!"

The Roosevelt administration was known for two things: the boundless energy of the president, and the boundless energy of his daughter, Alice.  When asked by a frustrated staffer why on earth he wouldn’t take measures to make his troublesome child behave at the White House, TR very seriously replied “I can either be President of the United States or I can control Alice.  No man on earth can possibly do both.”

And perhaps the best line with which to close these reminiscences of the presidents is another from TR… when referring to his relationship with the Congress and in particular, the United States Senate.  Implying perhaps that the Senators are liable to be awakened from their naps for a question, and forget where they are, TR stated “When they call the roll in the Senate, the Senators do not know whether to answer 'present' or 'not guilty.”

A hundred years have passed, and that one in particular is more fitting today than ever.

John F. Di Leo is a Chicagoland-based writer, actor and international trade compliance trainer.  His columns appear weekly in Illinois Review.   Permission is hereby granted to forward freely, provided it is uncut and the IR URL and byline are included.