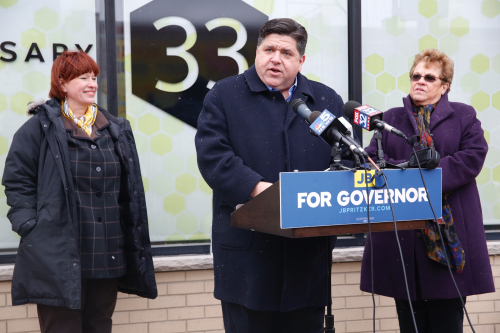 CHICAGO – Friday, Democrat gubernatorial candidate J.B. Pritzker called for Illinois to legalize recreational marijuana and become the first state in the Midwest to do so. Legalizing marijuana would benefit Illinois with increased revenue and consumer safety, he said.

The candidate said no more studies were needed to show it’s time for Illinois to safely move forward with legalizing marijuana. He outlined how he would modernize drug laws and move Illinois towards a criminal justice system that gives all Illinoisans a chance to reach their full potential. JB also discussed the importance of regulating and taxing marijuana to generate much needed revenue for this state. "There is an abundance of evidence that shows we can legalize marijuana in Illinois in a safe way. There is an abundance of evidence that shows the real benefits this would have on our state. Most importantly, it is a step forward in reforming our broken criminal justice system. Criminalizing marijuana hasn’t made our communities safer. What it’s done is disproportionately impact black and brown communities. The criminalization of cannabis never has been and never will be enforced fairly, and it’s time to bring that to an end,” Pritzker said.