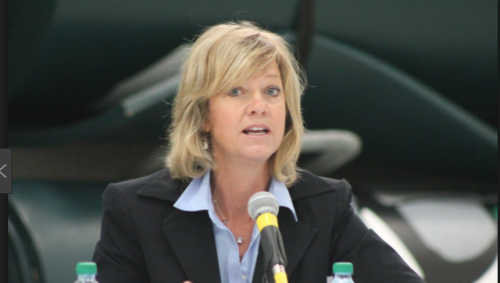 Democrats are calling for the governor to publicly condemn Garber's comment.

“It's a disgusting remark. Those kinds of statements from a person in a position of service to the State of Illinois cannot be tolerated," Ives said in a statement. "There are a lot of families and a lot of communities struggling in Illinois because of terrible public policy choices made by ruling class politicians in both parties, including Gov. Rauner. The people suffering under the rule of craven, career politicians don't deserve to be ridiculed, the craven, career politicians do.

“Rauner will have to decide if his loyalties lie with people supporting him politically or the people he was elected to serve.

“Rauner should immediately remove Blair Garber from the Lottery Control Board.”

Garber, a Rauner appointee and political ally, is yet another source of controversy at Rauner's Illinois Lottery. The Chicago Tribune recently exposed the influence of Rauner-connected super-lobbyist Nancy Kimme in the selection of the state lottery's new outside management firm. This is the same Nancy Kimme who was part of Rauner's transition team and who, during Rauner's time in office, has racked up $17 billion worth of state contracts for her clients trading on her relationship with Rauner and former Rauner staffers.

“Rather than shaking up Springfield and turning around Illinois, Governor Rauner has allowed Springfield insiders, who can barely contain their contempt for the people of the state –  to shake down Illinois families while he turned away from the fight."