Republican voters have been inundated by negative ads from the Rauner campaign arguing that State Rep. Jeanne Ives (R), who is challenging Rauner in the Primary, is Democrat House Speaker Mike Madigan's "Favorite Republican."

Interestingly, Pat Brady, former Chairman of the Illinois Republican Party, and a Rauner insider, has admitted publicly that the whole thing is … "a joke."

Earlier this week, Brady posted the "Madigan's Favorite Republican" site on Facebook. The comments section was brutal, to which Brady eventually responded, "Lighten Up. It's a joke." 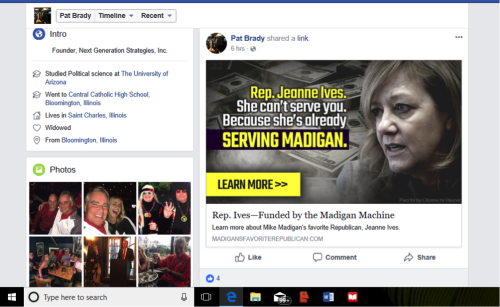 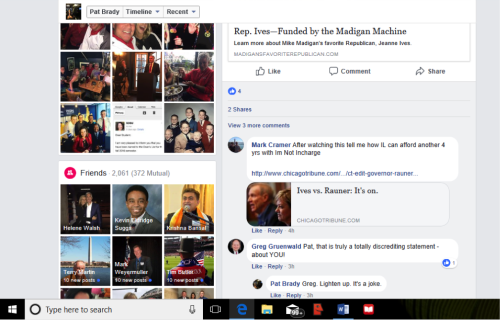