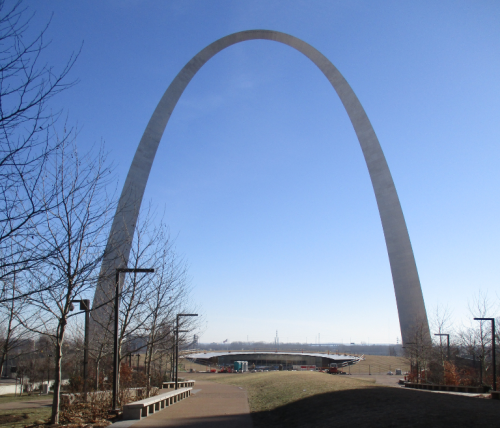 The legacy of Phyllis Schlafly is so important, because she had to many lessons to teach us. Early on she wrote A Choice Not an Echo, which revealed how the GOP "kingmakers," were using every trick in the book to dictate the choice of a presidential candidate. An Updated and Expanded 50th Anniversary Edition Hardcover of  A Choice Not an Echo, was published  by Phyllis Schlafly on November 10, 2014, Ron Paul (Foreword). It is thought that without Schlafly, without her book, and without Goldwater's candidacy which she supported, it is unlikely that Ronald Reagan would ever have been elected president.  A wonderful bio of Phyllis Schlafly, The Sweetheart of the Silent Majority, was written by Chicago writer Carol Feisenthal. Although published in 1981, it traces, with the full cooperation of Phyllis Schlafly, the life of Phyllis from a poor, devoutly Catholic to a wealthy marriage and the political activism that brought her fame and notoriety.

After breakfast on the second day of The Gathering of Eagles, forty participants met in the lobby of the Sheraton Clayton Plaza Hotel, the site of the event, to board a chartered bus to begin the tour arranged by Gwen Kelley, the able and long-time capable librarian for the Eagle Forum Education & Legal Defense Fund. The tour highlighted sites and places Phyllis knew and loved in the city she was born and grew up in.

I was surprised to learn about the rich history of St. Louis and all that it has to offer it citizens and visitors, as related by the bus tour guide between tour stops.  St. Louis, site of 1904 World's Fair Site, also known as the Louisiana Purchase Exhibition). Little left of 1904 World's Fair.  History museum built from money left over from the world's fair; St. Louis ties to Louisiana Purchase; St. Louis named after a King of France born over 800 years ago; Great fire down by the Mississippi when a boat caught on fire and destroyed all the wooden structures.  Brick buildings were then build with clay found in the area to make handmade bricks in black and orange; Missouri is the only state to have two Federal Reserve Banks (Kansas City and St. Louis); St. Louis center for manufacturing with third busiest inland port in nation; St. Louis the 4th largest city in nation in 1904 – boom time experienced during Civil war; No admission fees to any major museums, although there are smaller, private museums that charge admission.  Years ago citizens voted for a tax to make this possible. Wanted the citizens of St. Louis to have access to good art and music. Now free even for visitors, although St. Louis City must help cover the cost of providing free admission. The St. Louis Municipal opera sets aside some free seats in the back of the auditorium on a first come first serve basis.

Places of Importance to Phyliis in St. Louis

Driveby of Phyllis Schlafly's apartment at 4961 McPherson to Cathedral Basilica

Phyllis lived with her parents and her five-year younger sister, Odile, at 4961 McPherson Street from age 10 to age 25, until her marriage in 1949.  It was a two-bedroom apartment.  After the ceremony, family and friends gathered at the Stewart's apartment for refreshments.  Earlier, a sit-down breakfast was held upstairs in a neighbor's apartment. The construction of the Cathedral was begun in 1907 and is built in the Byzantine tradition with 83,000 square feet of mosaic art created by twenty artists, installed over a period of seventy-five years.

Phyllis' first outing when coming home from the hospital (August 15, 1924) was to the Cathedral to be baptized, Sept. 6, 1924. Her Marriage took place on Thursday, October 20, 1949, at noon in the Blessed Sacrament Chapel, St. Louis Cathedral as a 25-year-old bride.  The gold mosaic alter was ablaze with candles and white chrysanthemums and snapdragons.

The Blessed Sacrament Chapel has Italian-style mosaic work installed by Tiffany and Company.  All the gold that can be seen is real gold.  The Tiffany blood red is impossible to duplicate because one main ingredient was purposely omitted to make impossible its duplication.

The main sanctuary of the Cathedral Basilica was where Phyllis' funeral tribute was held, attended by President Trump.

During the 2017 controversies over Confederate monuments, President Trump sent out a tweet with the following question: “…who’s next, Washington, Jefferson?”   Not long afterwards, on December 21, 2017, the United States Senate, which operates under rules evolved from A Manual of Parliamentary Practice for the Use of the Senate of the United States by Thomas Jefferson, took action to erase part of Jefferson’s legacy.   The bi-partisan bill, sponsored by Roy Blunt (R-Missouri) and co-sponsored by Claire McCaskill (D-Missouri), seeks to remove Jefferson’s name from The Jefferson National Expansion Memorial in St. Louis and rename it the nondescript, Gateway Arch National Park

The Louisiana Purchase was likely the greatest land deal throughout human history. The United States acquired 828,000 square miles for less than three cents an acre. Perhaps the Senators should review why there is a memorial in St. Louis, or even why Missouri is part of the United States.

As reported in the Belleville News-Democrat on February 8, 2018: Bill that would officially rename the Arch heads to President Trump.

Provided was a customized docent-led tour at the Saint Louis Art Museum after first seeing the library where Dadie Stewart, mother of Phyllis, worked as head librarian from 1938 to 1962.  During her tenure she indexed all its books. The library opened with about 5,000 volumes and had 10,000 when she retired.  Now named The Richardson Memorial Library, it is open for community research.  It holds an extensive collection of books, periodicals, auction catalogues, and archival resources to support research of the Museum's permanent collection and special exhibitions.  The Library is located on the third floor of the South Building of the Art Museum.

Depart the Saint Louis Art Museum for the hotel, drive by Washington University on route to the hotel.

Unlike Phillis's mother, Dadie, Phyllis didn't have the good fortune to have a smooth ride to a great education unburdened by financial concerns, after her father lost his job in1930 from Westinghouse due to the depression.  Dadie had been educated at a Sacred Hearts convent and gone on to graduate from Washington University with a B.A. and a degree in Library Science.  She wanted Phyllis also to a Sacred Hearts education, and by pinching pennies she was able to send Phyllis to a Sacred Hearts school in St. Louis known as City House.  No matter how much Dadie saved, City House tuition was an unreachable as membership in a country club.  Phyllis, however, was able to attend City House in high school. In a deal worked out by the nuns.  After working 5 days and Sunday afternoons at her library job she worked the seventh day at City House to pay off Phyllis's tuition.

Having won a 4-year scholarship to Maryville College run by the same order of nuns that ran City House, Phyllis attended Maryville for one year until she decided that it just wasn't everything she wanted out of college.  For Phyllis to be able to attend Washington University in St. Louis, she had to work full-time and go to school full-time.  Phyllis got a job in a St. Louis Ordinance Plant, firing rifles and machine guns to test the ammunition the plant manufactured.  In spite of her rigorous schedule, Phyllis managed to graduate from Washington University with full honors early with a major in political science having turned 20 only two weeks before her graduation.  Phyllis then went on to earn her master's in government from Radcliffe (associated with Harvard) possible because the fellowship committee had awarded her a Whitney fellowship of five hundred dollars for two terms, which added to money she's saved from the ammunition plant job, would be enough to finance the year a Radcliffe.  Years later, in1978, Phyllis earned a J.D. from Washington University Law School. What prompted Phyllis to do so?  When questioned by those who opposed the ERA how she could feel qualified to do so without a law degree, this was all Phyllis needed for her to obtain one!

Arrive back at the Sheraton Clayton Plaza Hotel

On the schedule for the afternoon was a Media training Workshop, with an opportunity to sign up to participate in a Media Training Recording Booth session, after which participants were critiqued as to how they could improve their media image to advance the effectiveness of their messages.  Another highlight of the day was the dinner Keynote address given by James O'Keefe of Project Veritas, at which his new book, American Pravda:  My Fight for Truth in the Era of Fake News, was discussed with free copies distributed.