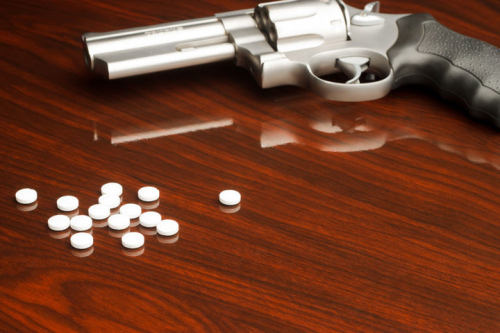 Opioid abuse is a medical issue that is drawing more and more attention nationwide, as well as in Illinois.

Governor Rauner's office reported in October that in 2016, almost 1,900 people died of opioid overdose, an increase of 76 percent from 2013. The largest increase was in the number of deaths involving fentanyl, and drugs similar to fentanyl, which led to the 10-fold increase in synthetic opioid overdose deaths between 2013 and 2016.

But black conservative leader Star Parker sees the issue at the heart of this crisis as being disturbed users, rather than the use of drugs – or guns -  for that matter:

The first impulse, particularly in a highly materialistic and secular culture like ours, is to see the problem in the thing rather than the person because that’s the most natural approach.

Looking at the demographics of the opioid crisis some flashing lights emerge.

First, the perpetrators are disproportionately men (another parallel with the gun issue). Of the 42,249 opioid-related deaths in 2016, 67 percent were men.

Also, as reported by the Social Capital Project, opioid casualties are disproportionately not married. In 2015, “never married and divorced individuals made up about 32 percent of the population but accounted for 71 percent of all opioid overdose deaths.”